Further cementing its commitment to introduce more amazing products at honest pricing in Pakistan, Global technology leader Xiaomi brings its flagship Mi 8 and Mi Band 3, an all-around upgrade on Xiaomi’s wildly popular fitness tracker in Pakistan, along with its incredibly accessible Redmi 6 and Redmi 6A.

Driven by its bold innovative culture, Xiaomi has rolled out a number of groundbreaking technologies making their world debut in its latest flagship smartphone series.

Mi 8 is the first smartphone in the world to adopt dual-frequency GPS, supporting both L1 and L5 bands, resulting in much more accurate navigation. 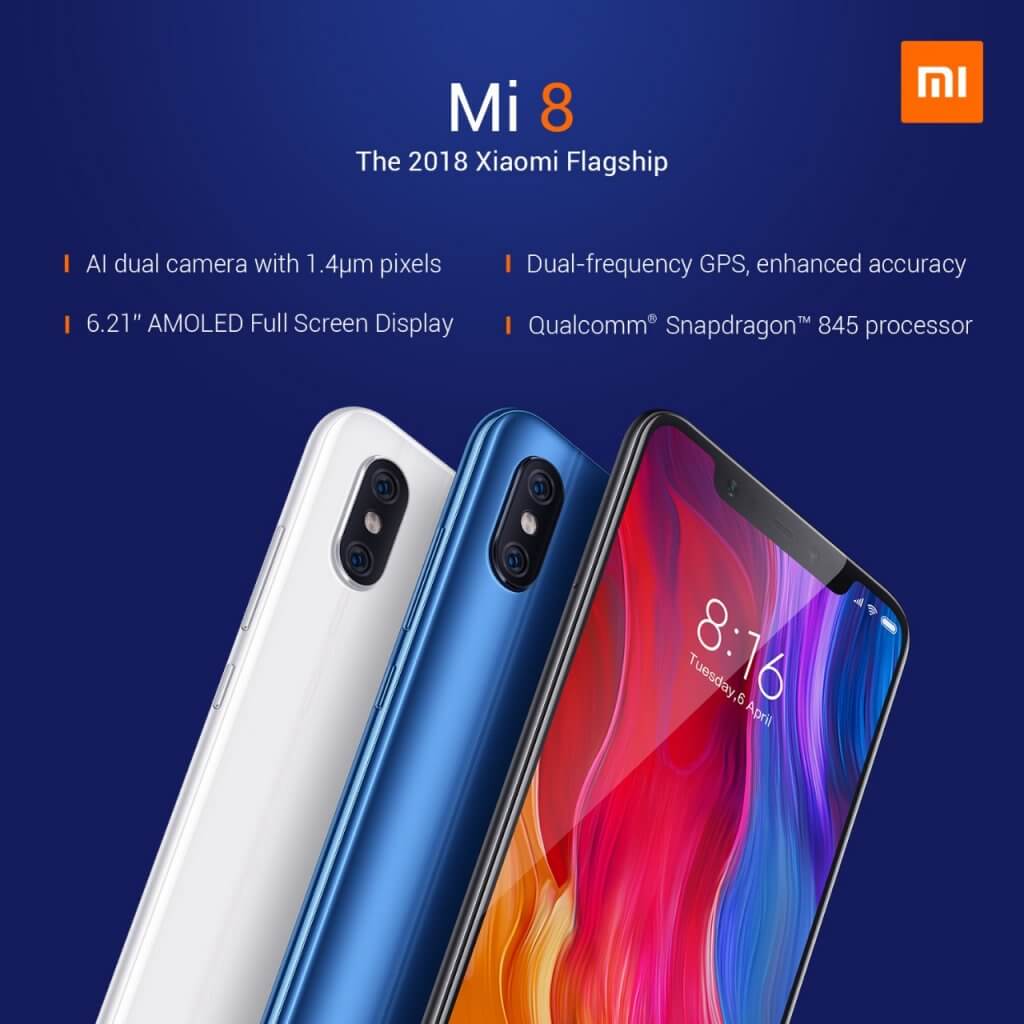 Mi 8 is a perfect unification of aesthetics, ergonomics, and quality. It features a four-sided curved glass back panel, aviation-grade aluminum frame, and a 2.5D glass screen. It sports a 6.21-inch FHD+ Samsung AMOLED full-screen display with an 18.7:9 aspect ratio and 86.68% screen-to-body ratio.

Mi 8 elevates the exceptional photography experience Xiaomi delivered with Mi MIX 2S, blowing the competition out of the water thanks to professional tuning from Xiaomi’s camera lab. With a 12MP dual AI camera, Mi 8 received a 105 photo score from the respected camera benchmark organization DxOMark — becoming the fourth best smartphone camera in the world. On the front, Mi 8 sports a 20MP camera that uses pixel binning technology to combine information from four pixels to create one large 1.8µm pixel for clearer photos in low light.

With new software features including the AI-enabled Studio Lighting function, portraits now look like they were shot in a professional studio setting. In addition, Xiaomi’s AI Beautify 5.0 delivers a number of facial retouching effects for amazing portraits.

It’s been two years since one of our best-selling products, Mi Band 2, entered the smart fitness band market. Since its launch, our Mi Band 2 has ranked among the top three wearable devices in the world with more than 15.7 million units sold in 2017, according to a report from IDC. 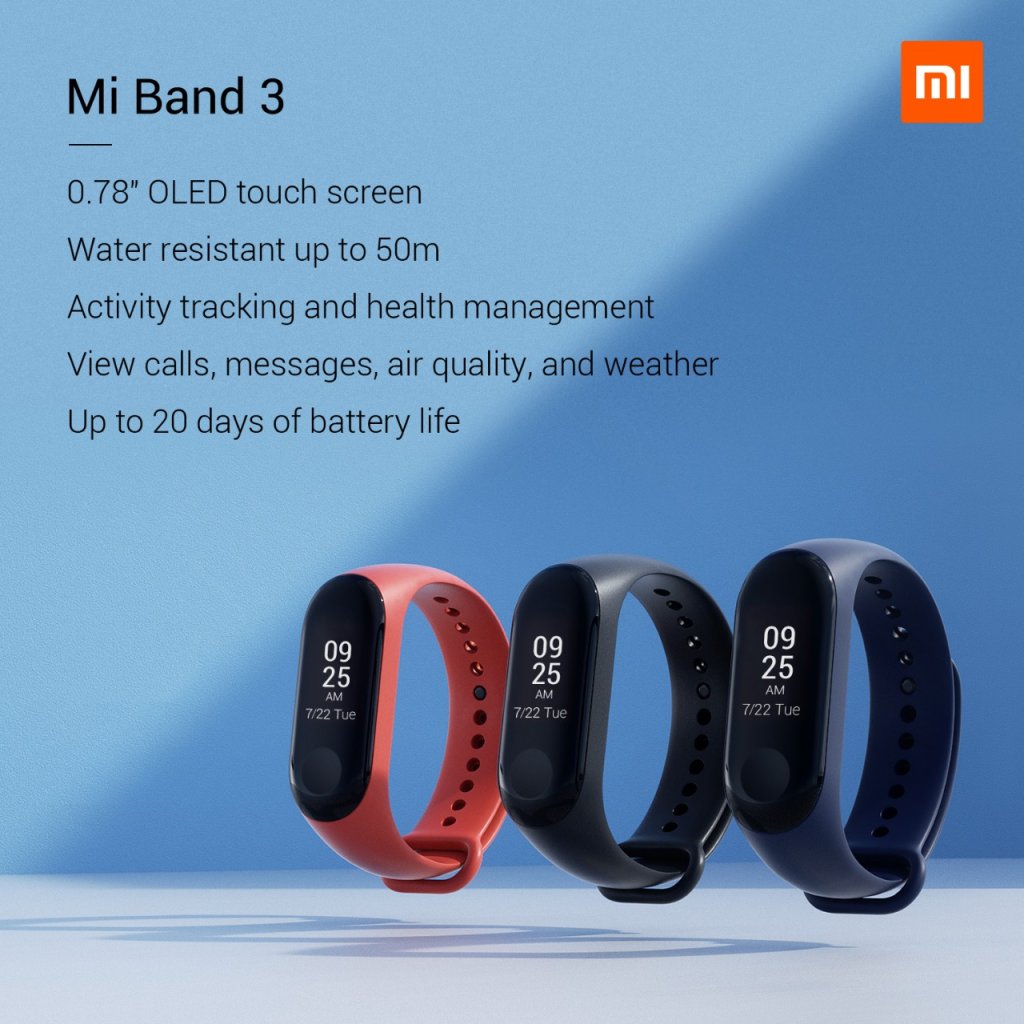 With a large OLED touchscreen display in addition to a physical button for easy control, Mi Band 3 is an all-around upgrade on Xiaomi’s wildly popular fitness tracker, complete with a more comfortable and secure wristband, along with a 20-day battery life and 50-meter water resistance. 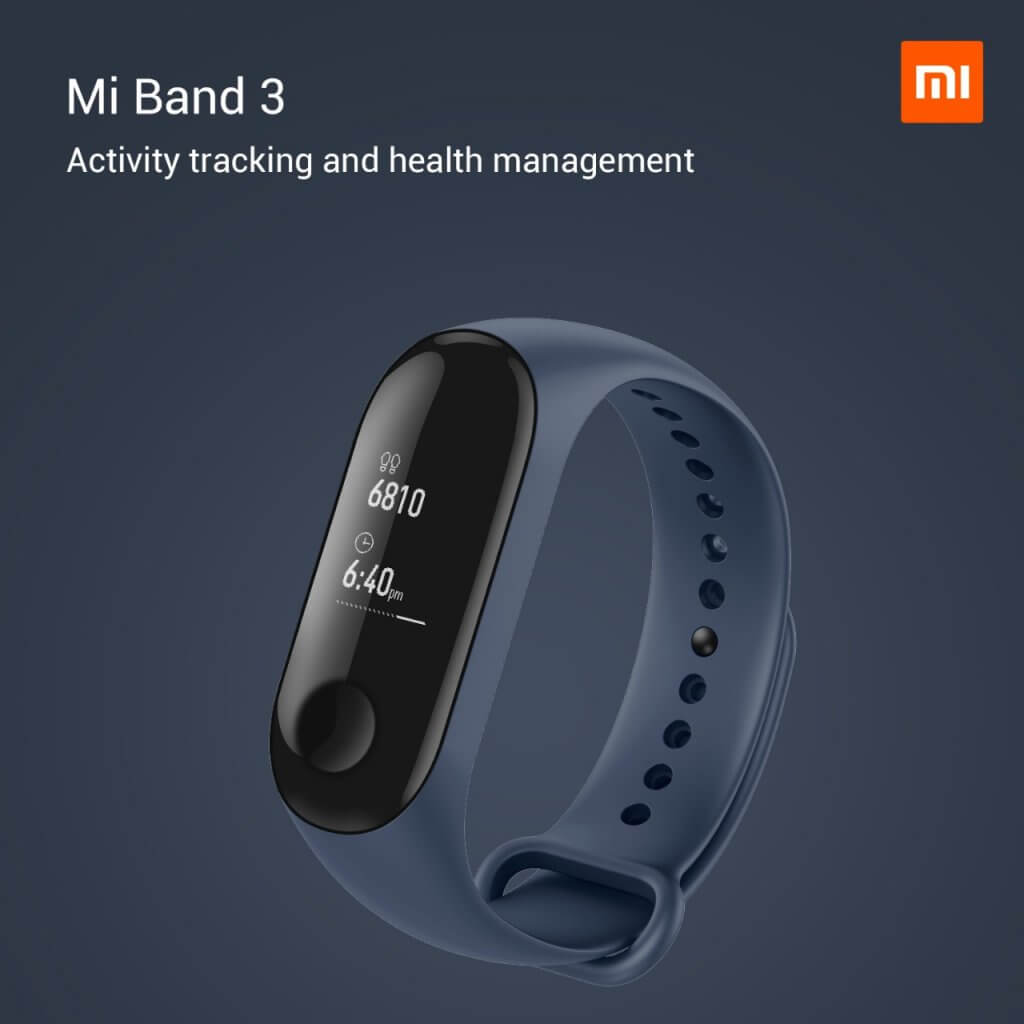 Smartphone with SoC based on 12nm process

Redmi 6 sports the latest MediaTek Helio P22 SoC. Its octa-core CPU is built on 12nm process and consumes about 48% less power than comparable 28nm chipsets. The CPU also features ARM’s big. LITTLE architecture that automatically switches between performance and power-efficient cores depending on tasks, so as to achieve balanced performance and power consumption. 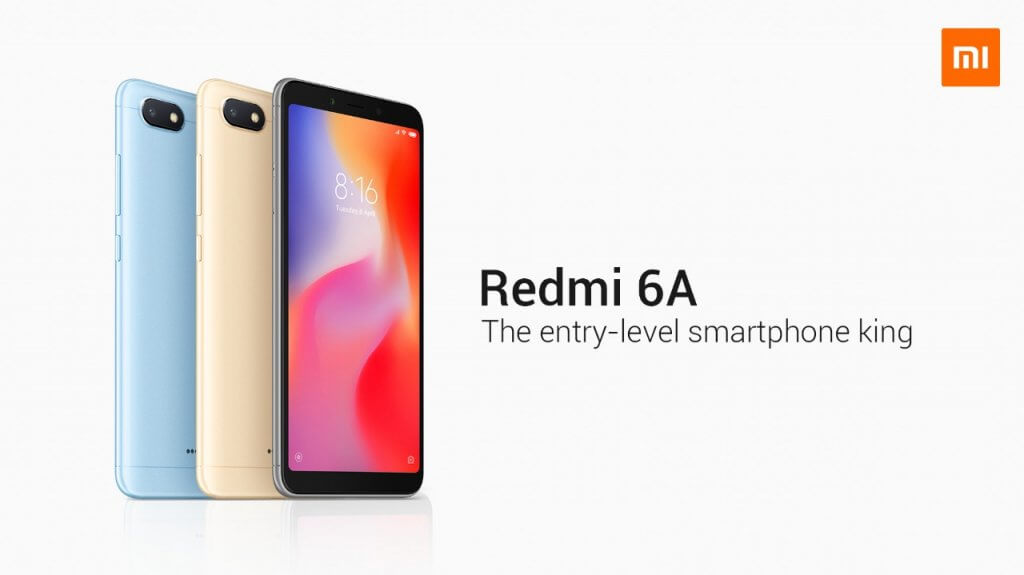 Redmi 6 has a 5.45-inch 18:9 display with a screen-to-body ratio of 80.5%. Its polycarbonate back panel has a brushed metal surface and is symmetrically curved and gently tapered toward the edges so it feels great in the hand. 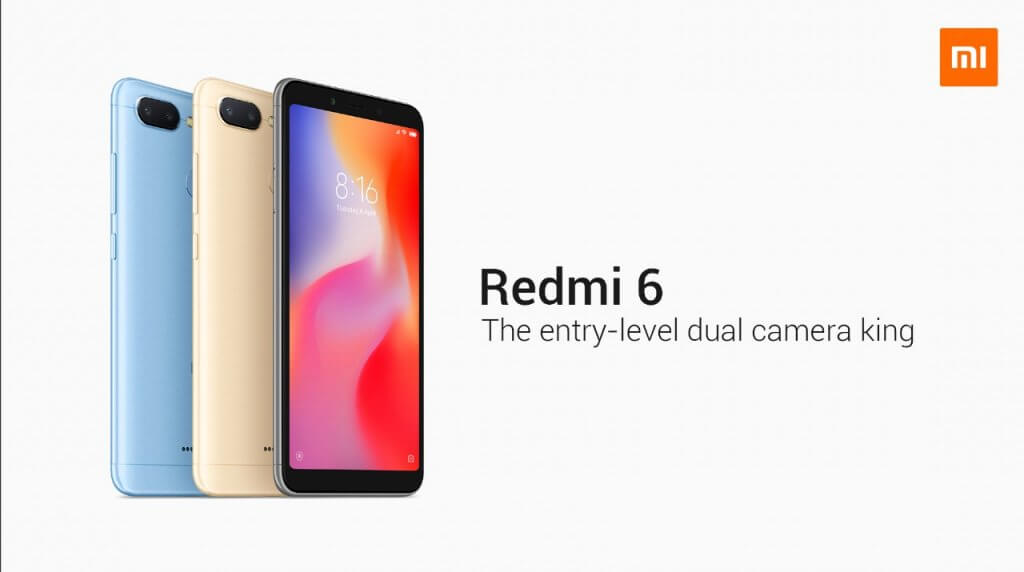 Redmi 6A adopts the same body and screen as Redmi 6. It sports the MediaTek Helio A22 SoC that is also built on the 12nm process. Redmi 6A’s 3000mAh battery allows the phone to stay in standby mode for up to 19 days. Redmi 6A has a 13MP rear camera and a 5MP front camera—both capable of using Xiaomi’s AI Portrait mode. MIUI has also been optimized for Redmi 6A, reducing system apps’ memory usage by nearly 30%.