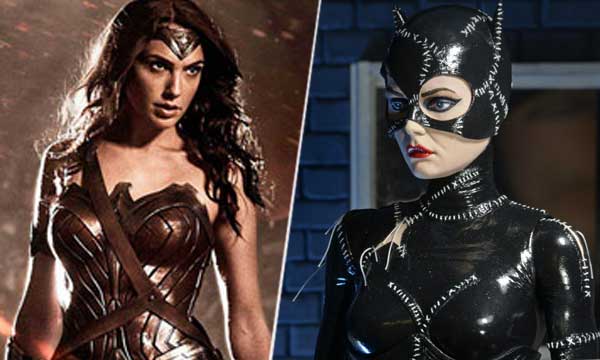 Gal Gadot, a name in obscurity up until 3 months ago, but now after the release of another Godforsaken superhero movie, it’s now a name which will be etched and remembered in infamy (at least in the so-called more pious err striven nations). How suddenly have our moral consciences come to the forefront upon learning that Ms.Wonder Woman is an Israeli-born citizen and she obviously served actively in the military? Seriously, the residents of Gaza could care less for the display of this muted solidarity (the movie taken off the theaters recently in some Muslim countries).I have no bone with Ms. Gadot or have an opinion on her political views, other than just the fact that I think she’s a fine looking woman with an incredible figure. I have no bone with Ms. Gadot or have an opinion on her political views, other than just the fact that I think she’s a fine looking woman with an incredible figure.

So what’s the fascination about this flick? Well…

(A) Gal Gadot is too darn hot (this is for most men, probably some women too)

(B) The Good trouncing over Evil formula plot

Neither of the above for me. For someone who has actually seen the movie initially due to boredom but honestly for point (A) and partially point (C); the movie fails to steer up imagination at least to the thinking man.

Her secret weapon is the bullet-repel jewelry (we can get that from; her thor-like swordplay; and her ability to bamboozle shockwaves from her wrists). Gotta love the locks sports fans. Although now I mention it, her hair, pretty impressive. Never been a fan of empathetic almost God-like superheroes Wonder Woman is a good girl with a potential to be bad ass evil. That’s scary!!

Now, Catwoman, played by Selina Kyle, is the superhero we movie goers want to see and probably get a dose of real life inspiration from! Wait for it the punch line is on its way… There’s something about a bad girl doing good or getting her act together to save the town, city and then probably who knows, the World! Catwoman is my kind of feline heroine, real, sassy, intriguing and true blue cool.

“Cats roam and appear when they feel like it. Not when they’re told.”- CatWoman I mean look at the tenacity, killed her 9 times, she comes back 9 times stronger, who wouldn’t fall for that kind of courage. Womenfolk should identify with her a lot more, as she is the real protagonist,  the one perfect ‘woman’s libber’.

She loves the Bat in Bruce and adores the Wayne in Batman, but she dictates terms her way, have to respect that. And you gotta love them, girls on bikes! The moral of this sobrique is to lend a penny of thought to the filmmakers to aspire and return the leading roles to the real heroines, negative characters they may be, but their real prowess is that they ‘choose a side’ haway for keeping it real. Hope floats, still !!!