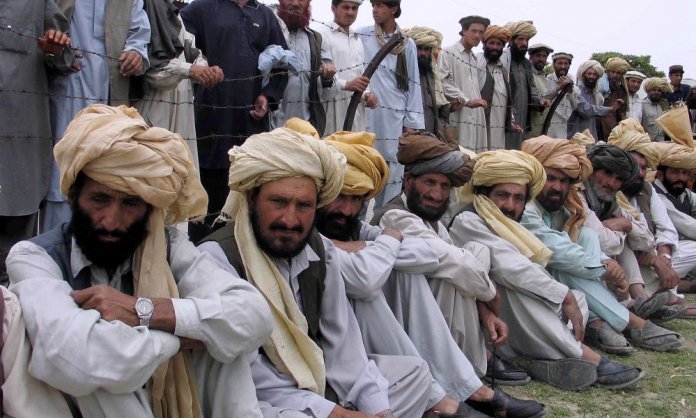 Racial bullying is an activity that involves a wide range of intentional degrading behavior which makes the victim feels low and weaker because of their color, culture, religion, origin, cast, or national status.

Previously, the term “racism” referred only to the color and physical appearances of a person which were considered as a mark of difference. However, currently, this term has been extended to cultural elements as well. For this reason, “the other” has now been recognized not only according to their skin color and physical appearances but also in relation to their culture, origin, religion, and language, etc.

In Pakistan, racial bullying is getting common day by day and it majorly includes people being bullied for their culture and cast. Racial bullying has taken up many shapes and one among them is racist jokes which have caused Pashtuns its primary victims. Such acts go unnoticeable, leaving disastrous effects behind.

It has become normal to get Pashtun jokes in text messages and laugh at them. It is surprising to know that one can purchase a whole book or search for a website on Google under the title of “Pashtun Jokes.”

Until a few years ago, such jokes were only made on Sardars who were thought to have a very low intelligence level but presently, they are replaced by Pashtuns in the worst ever humiliating way. These racist jokes against Pashtuns have reached to media and national television as well.

In Pakistani dramas, a Pashtun is always given the role of a security guard, cook, shopkeeper, and some other funny creature who cannot speak Urdu fluently and is completely dump. He cannot hold another job because it is perceived that Pashtuns are stupidest creatures on earth.

The portrayal of a Pashtun man as violent, abusive, bearded, chewing naswaar (snuff) in Pakistani dramas. The purpose of these racist jokes may be to share laughter but they have adverse effects on the other side as well.

Jokes are meant to entertain people but they also have the great social power to make up people’s minds. With this power comes great responsibility as well. These jokes have the power of establishing certain social norms. Under the expression of freedom of speech, people make such racist jokes which produce a risk of harm to a certain group of people against another.

With the intention of creating laughter, they have the strongest ability to convert fun into hatred if certain limits are not drawn on time. When a Pashtun joke is cracked, listeners start perceiving them on the basis of these racist comments without knowing what their defining qualities are.

Freedom of expression must not be used as an instrument to establish a “false truth” in a society. If the trend of these jokes is not stopped immediately, the world will see Pashtuns the way they are presented in-jokes and they will never see how brave, loyal, and welcoming they are.

Before making any racist joke and producing seed of hatred in someone’s mind, one must pay close attention to the fact that “united we stand, divided we fall.” Talking about Pashtuns as if they are from another world will bring laughter on some faces but it will equally develop a very wrong notion in others’ minds regarding Pashtuns.

We must stop promoting this stereotype and giving the impression to the world that Pashtuns are dull. Search a little and you will be amazed to know what true gems they are in every field of life.

History is witness to the fact that Pashtuns are behind no one in any field. If it is the area of science or politics, Pashtuns hold a stronger position. Names like Rahman Baba, Hamza Shinwari, Khushal Khattak, Dr. Abdul Qadeer Khan, Jansher Khan, Jahangir Khan, Shahid Afridi, and Malala Yousafzai are not hidden from the world.

Throughout Pakistan, non-Pashtuns think frequently that Pashtuns are abusive who violently oppress their women. It is claimed that they do not let their daughters go to school and marry them off without their consent. It is undoubtedly true for some Pashtuns as much as it is true for some non-Pashtun families.

Tragedies and injustices do happen in Pashtun families but they alone must not define them. It is similar to the idea of Islamophobia which the Western world is spreading against Islam/Muslims. There are thousand other healthy jokes which can be made without attacking a particular ethnicity.

Nouman Ali Khan, the best-known Islamic speaker in the English language, states in his book “Revive your Heart” that the popular comedy industry tries to stereotype something of a particular race. They mock the way they speak or they mock the way they dress or they eat and everybody else gets a laugh out of it.

Such behavior does not breed respect for other people in the culture. It actually breeds the idea of intolerance and looking at other people as something inferior. Such kind of comedy leads to assumptions which are harmful. Once it starts as I was just joking or I was just saying for fun, it starts sinking deep in minds. It starts with jokes but ends up in convictions and bigotry.

Discrimination based on a race is never okay

Racial bullying in the form of Pashtun jokes is common among those people who grow up in such an environment where racist views are expressed clearly and it is believed that racism is normal and acceptable.

It also begins as a response to certain world events or stories which urge people to make assumptions but this discrimination based on a race is never okay. It separates people and they no longer stand united. It creates boundaries between people of the same nation.

Racial bullying makes a particular race believe that they are not important. Racial bullying in the name of the joke must be stopped as immediately as possible. It is illegal to treat someone differently based on their race. It is wrong even when the person does not realize they are doing it. Diversity must be loved and made a reason to mock someone and feel insulted.