Home Technology Gadget Which iPad Should You Buy?
Advertisement 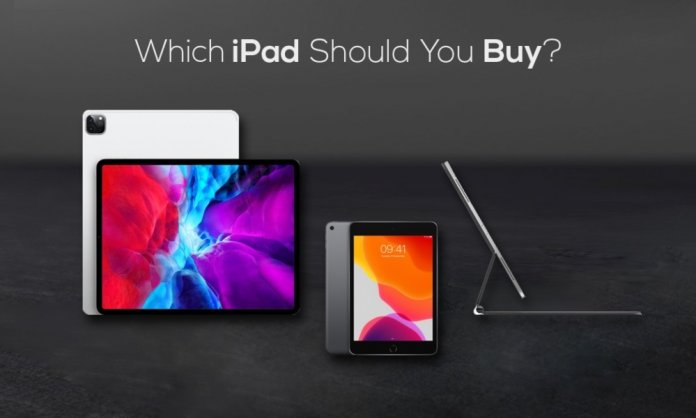 It’s worth recapping that an iPad is a kind of tablet made by Apple and not a name for all tablets. iPads have a particular set of features that are similar across all variants. These similar features include the software; all iPads run the iOS operating system. If you have an iPhone, you will already be familiar with the iOS operating system and on an iPad, it is identical but on a bigger screen.

Some apps might also seem a little different to take advantage of the additional screen space. The wait for Apple’s iPad 2020 is finally over. Apple has rolled out its highly awaited iPad, which the company proudly proclaims as its most advanced technology in a mystic and revolutionary device at an unbelievable price.

What does it mean? Well, to some it means a device that holds the best features of a notebook and netbook computer with an iPod touch, wrapped up in a stunning ultrathin, light such as feather package. Apple claims it is the best way to experience the Web, e-mail, photos, and videos.

Buying an Apple iPad in Pakistan is quite simple. You just buy whatever’s new. Apple sells four main iPad models every year, each with its features & strength. Since all these iPads generally look the same, it’s important to know what you’re buying and which one is best for you should pay for it. This article covers the best iPads available right now, the important differences between each model, including the ones you shouldn’t buy at any price. 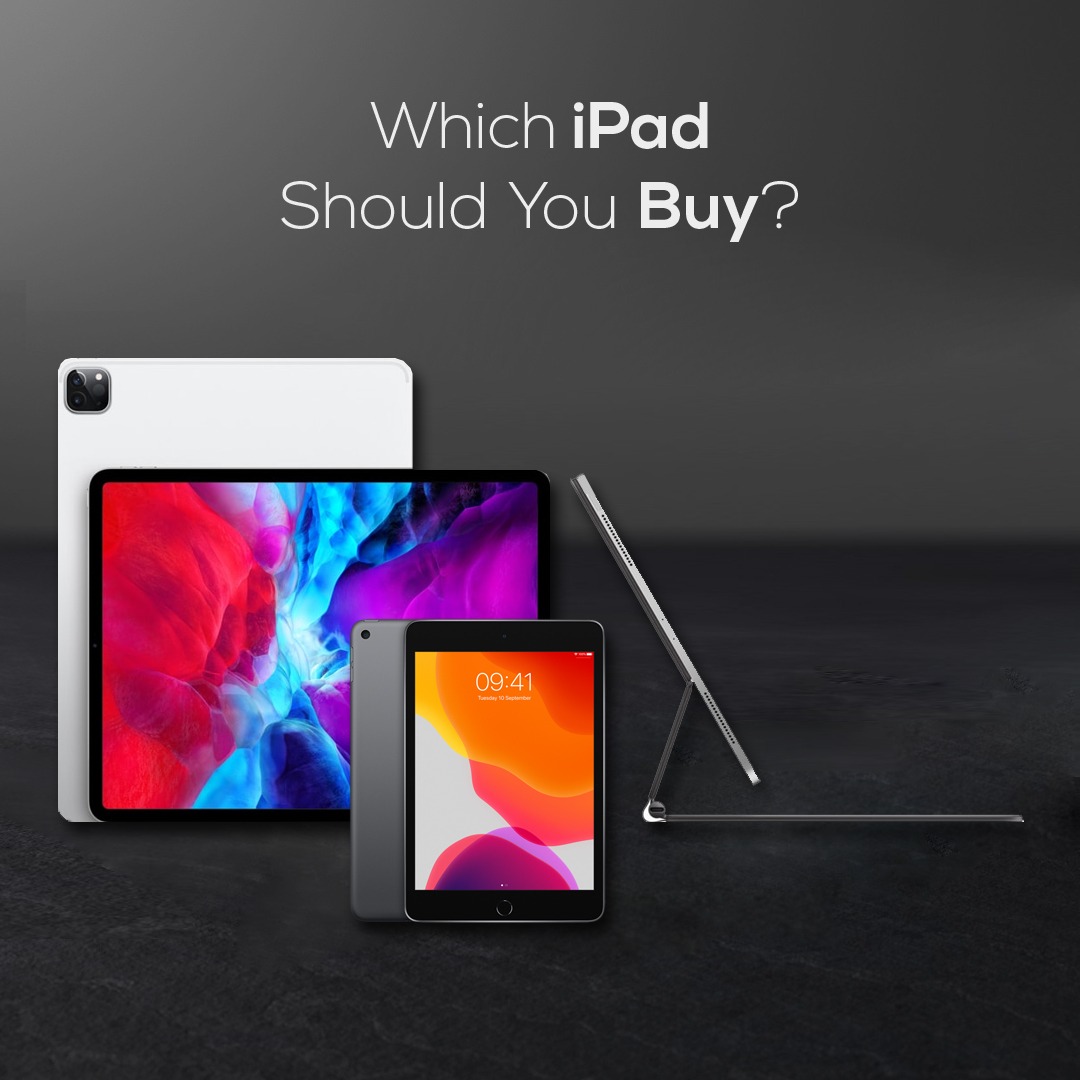 The Apple iPad Pro 2020 is one of the best iPad, but it doesn’t come cheap. Unlike the others, it doesn’t have a home button or Touch ID, but it uses the front camera for Face ID just like iPhones. It has slim curvy edges around the screen, which allows for a larger display that comes in two different screen sizes. The 12.9-inches is about the size of a magazine, and it’s magnificent for drawing with the Apple Pencil (a separate purchase), but the 11-inch model is abundantly for most people.

The Pencil is like the one on the new iPad Air it magnetically sticks to the edge of the iPad Pro and wirelessly charges. The 2020 Pro is still one of the most powerful iPads you can get, not just in performance but with other features as well. This iPad has more speakers for good sound quality, more mics to pick up your voice clearer, and you get one extra camera.

The 12-megapixel main camera is joined by a 10-megapixel ultra-wide lens for snapping comprehensive scenes, like on the iPhone 11. There is also a lidar sensor, the kind used to measure depth for self-driving cars, but here it’s used for better-improved reality. It’s not a radical improvement, especially if you scarcely use AR apps. It’s also the only iPad in the listing with a 120-Hz screen refreshing rate, which makes everything look glossy smooth. Like the Air, it is well-suited with the Magic Keyboard and the Smart Keyboard.

Apple has refreshed its most affordable tablet, but just like last year, don’t expect any extreme new changes. We haven’t acquired our hands on it yet, but the 8th-generation iPad still gets you a 10.2-inch screen, a home button with Apple Touch ID, support for the Apple Pencil (first-gen), and the Smart Keyboard. What’s new is the processor: Apple has stuffed the iPad with the A12 Bionic chip, the same chip that introduces in the iPhone XS back in 2018. It’s quite powerful for most people and will run all your favorite apps and games. The only downside is it still has a little bit more air gap (space between glass and screen) than the iPad Air, Mini, and Pro, so it isn’t our top choice for drawing with the Pencil, though it is friendly and works awesome.

Apple’s fourth-generation iPad Air will make you curious if there’s any requirement to shell out for the iPad Pro. It looks the same as the iPad Pro, with identical and slim curvy edges around the 10.9-inch screen. You also get the same specifications, including support for the second-generation Apple Pencil which can magnetically attach to the edge for wireless charging and pairing, and a USB-C type charging port.

That last note means you can use your MacBook charger to use this tablet up. The Air is also the first Apple product to use the new A14 Bionic processor (which will likely power the iPhone 12), putting it on similarity with (if not a little more powerful) than the iPad Pro. What creates the Air unique is that despite the remake, it has Touch ID. Yes, there’s no home button, but Apple has combined Touch ID into the power button, so you can still use your fingerprint to unlock the slate or to verify purchases.

There’s no Face ID making it the option for anyone that hates the idea of using face recognition for security. It’s compatible with Apple’s Smart Keyboard as well as the new Magic Keyboard and will be available now. What’s not so great? It’s price than its predecessor, and the base model only has 64 GB of storage.

Apple updated the iPad Mini (5th generation) in 2019 with a speedy new A12 Bionic processor (the same inside the new iPad). Outside of the speed thump, it’s nearly the same as the old iPad Mini 4 though it starts with 64 gigabytes of base storage. The big draw is the 8-inch screen, which is awesome for smaller hands and for traveling. Its thin, laminated display also makes it an ideal tablet for writing and drawing, It support first-generation Apple Pencil support. The laminated display is just right for crafting and drawing.

After reading this article, if you are interested in purchasing an Apple iPad, then look no further as Paklap.pk is delivering these latest iPads all over Pakistan. You can place an order at their website and get it delivered to your doorstep in just 24 to 48 hours.