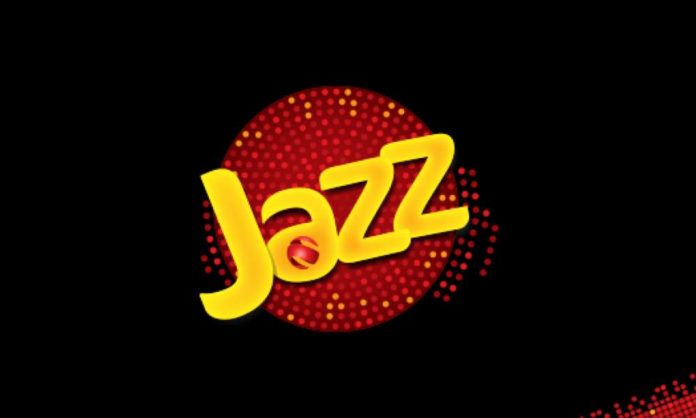 Karachi – Jazz CEO, Aamir Ibrahim, in a tweet yesterday, has criticized the decision-makers for proposing a 50 percent hike in withholding tax on telecom services.  If implemented, mobile users will get Rs. 72.8 upon loading Rs. 100 balance.

Prior to the mini-budget announcement, there were strong indications that the government was planning to increase telecom tax by 5 percent.  But following an outcry by the public, industry veterans and even the Federal Minister for IT & Telecommunication, Syed Amin Ul Haq, the government has decided to constitute a committee to review the increase in telecom tax proposed in the new budget.

Aamir Ibrahim has joined the chorus of concern by making his thoughts on the proposed move public. He tweeted: “While countries are subsidizing internet services to strengthen broadband access for citizens, especially students, I am disappointed with talks about raising withholding tax on cellular services to 15% in Pakistan. With 19.5% GST, total taxes on telecom may reach close to 35% – we don’t sound serious about #digitalpakistan”. 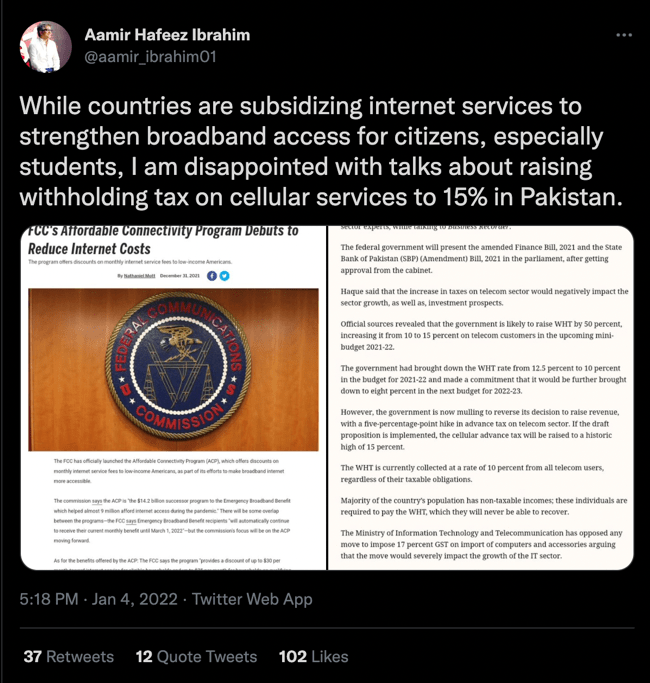 These thoughts back what the Federal Minister for IT & Telecommunication said earlier regarding the proposed tax increases on the IT sector. Speaking to the media, he mentioned, that the proposed increase of 5 percent WHT on telecom services and the standard rate of 17 percent sales tax on import of computers and accessories will severely impact the growth of the IT sector, besides compromising the ICT exports target of $5 billion.

Experts have long urged the government to focus on accelerating access to the internet and digital tools. Due to short-termism, the country’s total cost of ownership of a smartphone has increased with penetration standing at around 53 percent. Smartphone adoption will only increase if devices and mobile services are more affordable, experts say.