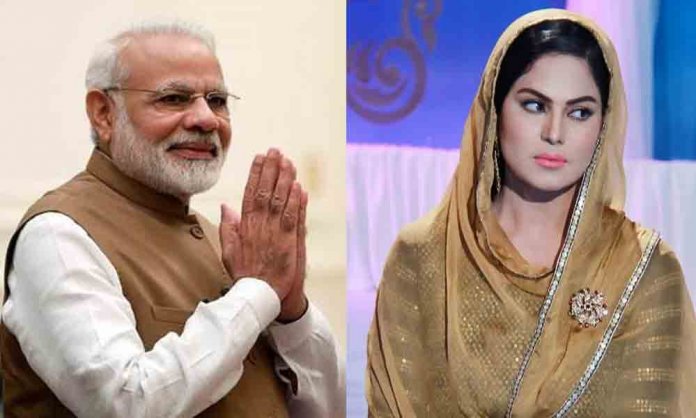 The Queen of Controversy Veena Malik has been known to be perfect at trolling politicians and celebrities without any fear. She never shies away from giving bold statements and leave everyone surprised.

Recently, the actress left everyone shocked when she called Indian Prime Minister Narendra Modi ‘stupid’ through her Twitter account.

Yesterday, the actress shared an article of an Indian professor Ashok Swain which wrote that Air India has been affected more than any other airline due to the closure of Pakistan airspace.

He shared the article with the caption:

The actress retweeted the article and wrote:

Well, we need to say that Veena Malik is definitely good at what she does!

While some supported Veena, some people trolled her. Look at what people have to say!

Sorry Air India can divert routes. It is not bigger issue than your terrorist nation supporting terrorists and do bloodshed in India.
India has wealth to absorb small loss.
You relax it is blessing that they donot have fly over bad nation sky.

Veena, looks like you are DESPERATE to come back into the news. So you get little role in the movies. Which will help you to buy FOOD and SHELTER 🙂

By the way whole world knows your 'Brain Capacity'

It has been reported that Air India has incurred a loss of more than Indian Rs 60 crore due to the closure of Pakistan airspace.