3rd June 2020: A video of three women (Riaz’s daughters Pashmina Malik and Ambar Malik, Amina Usman Malik, wife of Usman Malik), and 15 unidentified armed men who stormed into the residence of Uzma and Huma Khan went viral not too long ago.

In the video, violence and threat were visible to those who have watched it. However, according to the latest statement by Uzma Khan, it was a mistake and a misunderstanding.

A former member of Uzma’s legal team claims that both sides had reportedly reached a settlement leading to the withdrawal of charges, but there’s no official confirmation on this.

This news broke as Hassaan Niazi and Khadija Siddiqi, announced that they were dissociating themselves from the case.

“This is to announce that we are disassociating from #UzmaKhan case. I understand the reasons of any settlement by two aggrieved women in a rigged system; my conscience doesn’t allow me to be part of any of that, even in a professional capacity,” Siddiqi said in a tweet.

This is to announce that we are disassociating from #UzmaKhan case.I understand the reasons of any settlement by two aggrieved women in a rigged system,my conscience doesn’t allow me to be part of any of that,even in a professional capacity.
Struggle against lawlessness continues

“We understand our clients’ position, they wanted to get justice, but the system allows powerful aggressors to do as they please, with no accountability! I pray that a day will come when law is equal for all. Our fight for justice continues.”

We understand our clients’ position, they wanted to get justice but the system allows powerful aggressors to do as they please, with no accountability! I pray that a day will come when law is equal for all. Our fight for justice continues. https://t.co/FEMGZ4RWgz

Moreover, Niazi shared with a local news outlet that they had tried to reach Uzma Sunday night. Still, she neither responded to their calls and messages nor was she available when a member of Niazi’s team visited her at her residence.

The very next day, Niazi received a message from an unidentified person stating that Uzma and her sister have settled with the suspects.

However, on Friday, Uzma had later denied having cut a deal with the involved party. She added that these were just rumors and that no such effort was being made.

But, on Tuesday, she applied to Defence C Police, reading that the FIR lodged last week was “on the basis of a misunderstanding” and that she no longer wants to pursue it.

She said no challan had so far been submitted in the case. “I don’t want to give any testimony or deposition in the above-stated case,” Uzma added.

On the other hand, her sister Huma, in a separate statement, added that “no such occurrence” — a reference to the violence — had taken place at their house. [The] accused party has not made any torture upon me.”

According to Huma, she sustained her injuries, which are seen in the viral video, by falling on “glass from a table.”

She further said the suspects nominated in the FIR are “innocent.”

“My sister namely Uzma Khan got registered the instant FIR due to misunderstanding. Therefore, the same may very kindly be cancelled,” Huma added.

Just two days ago, Uzma shared a video of her on her official Twitter handle asking Prime Minister Imran Khan for help as her life, and her sister’s life was in danger.

1st June: Pakistani actress Uzma Khan has rolled out yet another video in which she has reached out to Prime Minister Imran Khan.

Uzma claims that she is in Lahore, police officers are not cooperating with her and are not arresting Amber Malik, Amina, and Pashmina.

Moreover, she requested IG Punjab to meet her and said that her life is in danger. Uzma used the hashtag #ArrestAmberMalik in her tweet to make it a movement.

Watch the 2-minute long video below:

I want to inform that I’m in Lahore. I request IG Punjab to meet me. Police officers are not cooperating and not even arresting Amber Malik, Amina & Pashmina. @ImranKhanPTI @ShireenMazari1 I request you to help me. My life is in danger #ArrestAmberMalik pic.twitter.com/3X73ozIsQ7

In the video, Uzma also claims that she has not taken a single Rupee as settlement money and wants justice.

28th May: A press conference was held at Lahore Press Club by Uzma Khan to present mind-boggling information. It was in regards to the ongoing dispute between the actress and Amna Usman Malik.

It was complete chaos as people were not taking turns with the mic. It was astonishing to witness only three people in the room with masks on as the country has marked 60,000 + cases of coronavirus as of today. 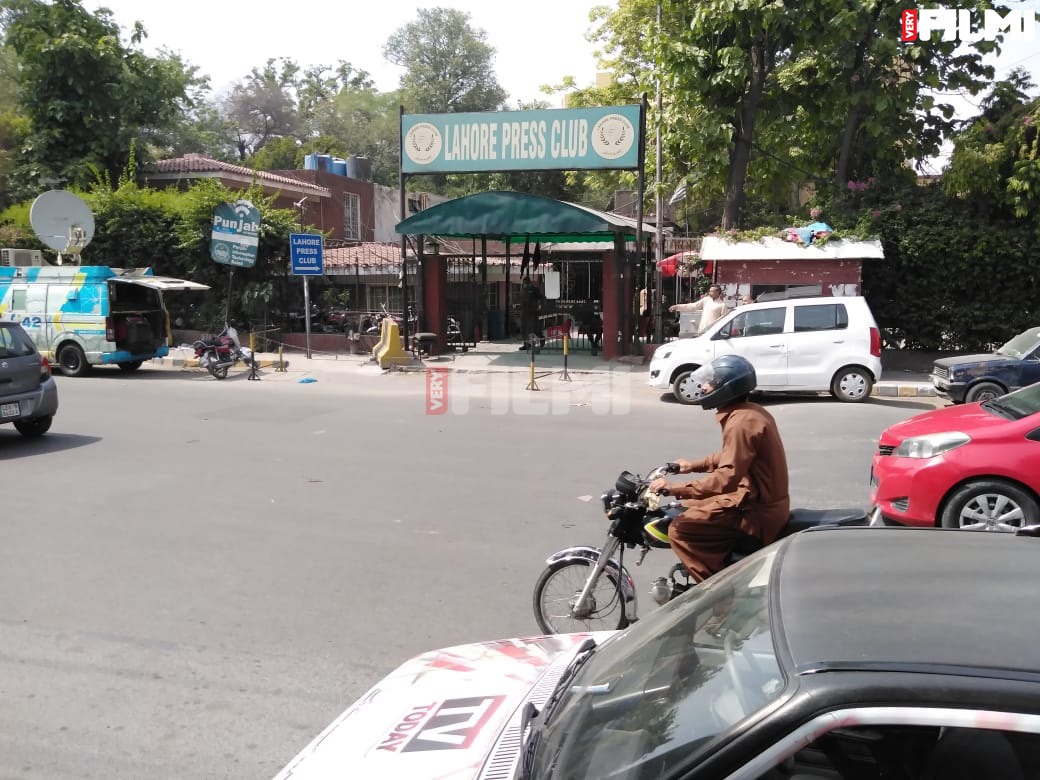 While addressing the media, Uzma claimed that Usman Malik was just a friend who had earlier approached her for marriage to which she had denied two years ago. Recently, he had again contacted the Jawani Phr Nahi Ani actress.

She highlighted that his wife never gave her any warnings, nor did the two parties ever meet.

The three women who vandalized Uzma’s house included two daughters of real estate tycoon, Malik Riaz. However, the actresses’ lawyer cleared that he is in no way involved.

Uzma Khan’s lawyer states that we are not attacking #MalikRiaz because he was not present at the scene of the ‘crime’ and he himself is a victim of his family.

The actresses said that Usman is still messaging her, which she will use as proof in the court.

“Usman Malik is still messaging me,” – Uzma Khan on her presser. #UzmaKhan #UsmanMalik

Furthermore, the lawyer stated facts regarding a video clip being circulated on social media of Usman’s wife. The house she broke in with her armed guards doesn’t belong to Usman.

A third party owns it, and Uzma has been renting the place. The lawyer further said that they are being threatened for the past three days. They need protection from the government of Pakistan.

For more news and updates, stay tuned to VeryFilmi.