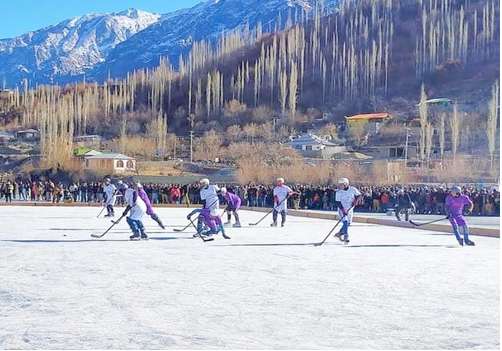 In Pakistan, the winter season usually feels like a tradition, especially when many cultures are merged and shared. For this reason, there are several winter celebrations taking place in Pakistan, and it is important to be aware of them.

One of the most culturally significant events in Pakistan is the Choimus Kalash Winter Festival. The Kalasha tribe has a number of festivals throughout the year. Chilam Joshi (spring festival), Choimus (winter festival), and Uchal are the three primary Kalash Festivals (summer festival). An incredible cultural event takes place at the Choimus Kalash Winter Festival in the Hindukush mountain ranges. In November 2018, UNESCO recognized Kalash culture as an “Intangible Cultural Heritage.” The choice was made public during the thirteenth session of the Intergovernmental Committee meeting of UNESCO, which was held in Mauritius. The event will take place next winter during the last days of December starting from 23rd December and booking can be done through the website

A three-day winter sports event in Gilgit-Baltistan will get underway on Tuesday, 17th January till the 20th of January in Skardu.

According to Sher Muhammad, our correspondent in Gilgit, the festival’s primary attractions include ice hockey, the Yake race, the Indus off-road rally, rafting, and lightning. There will also be a Food Street setup where traditional cuisine will be presented. The final ice polo match will bring the event to a close on Thursday.

At the meantime, the Shyok Winter Festival gets underway in Ghanche’s Khaplu City Park under the auspices of the District Administration. Tiaku Polo, Ice Hockey, Rock Climbing, and Volleyball are the sports contests. Bonfires, rock climbing, Mayfang, Balti cultural performances, and Ltanmo are featured in the Musical and Cultural Show (Local Music & Dance).

The government has built a tent town to house an organic market, a women’s expo, and a cuisine festival. The Ghanche Hotel Association will offer free lodging to visitors. The event is put on to advertise winter travel and winter sports in the area.

With a peak height of 2,804 meters, the International Malam Jabba Ski Tournament is a ski resort located in Pakistan’s Khyber Pakhtunkhwa province’s Hindu Kush range in the Swat Valley (9,199 ft). The resort is situated in Malam Jabba hamlet, 314 kilometers northwest of Islamabad and 40 kilometers east of Saidu Sharif. It is Pakistan’s biggest and oldest ski area. The last week of January, starting from 28th January, would see the Alpine International Cup, an international ski competition, hosted at the magnificent Malam Jabba mountain in the lovely Swat valley.

The International Naltar Ski Tournament is a ski resort with a high height of 2,950 metres in the Karakoram Range in the Naltar Valley in the Gilgit-Baltistan province of Pakistan (9,680 ft). 40 kilometers northwest of Gilgit is where the resort is situated. Additionally, it serves as the primary venue for the Pakistan National Ski Championship and the Ski Federation of Pakistan. [3] The 2016 Karakoram Alpine Ski Cup was also held there. The exact dates for Naltar tournament is yet to be confirmed, however, it is expected to start from 2nd week of February 2023.