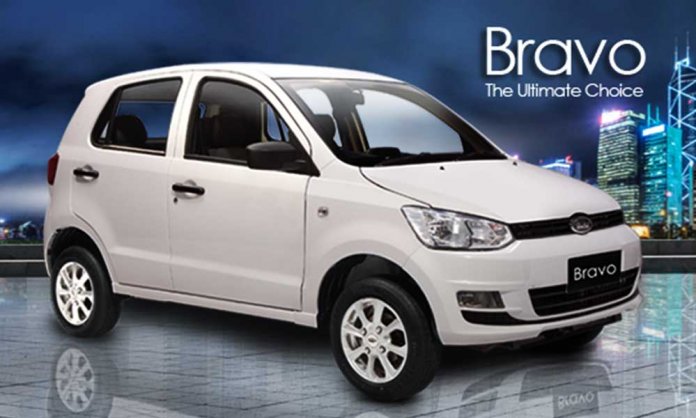 It has now been an entire year since the official launch of the United Auto Bravo.

The Auto Bravo was considered as the alternative for the Suzuki Mehran which was officially discontinued just a week before Bravo’s launch.

Thus, Bravo became one of the most anticipated cars in Pakistan to be manufactured. Offering more features in the same price range as the Mehran, the United Bravo became many consumers’ first choice.

However, the most important thing to mention here is that the Bravo has still not been made available in all of the other provinces exclusing Punjab.

Reportedly, the manufacturer initially had only one dealership Lahore, Islamabad and Multan and two in Faisalabad. Now, United has 10 dealerships– 3 in Lahore, 2 in Faisalabad and 1 each in Islamabad, Sargodha, Vehari, Multan and Jhelum according to their site.

Yet, the Bravo is nowhere to be seen in other provinces. On the other hand, another Chinese hatchback, Prince Pearl 800cc, is expected to launch in our market soon.

We have now to see whether or not Bravo will make it to the other provinces in time or will United Auto face major loss because of this marketing strategy. Only time will tell.