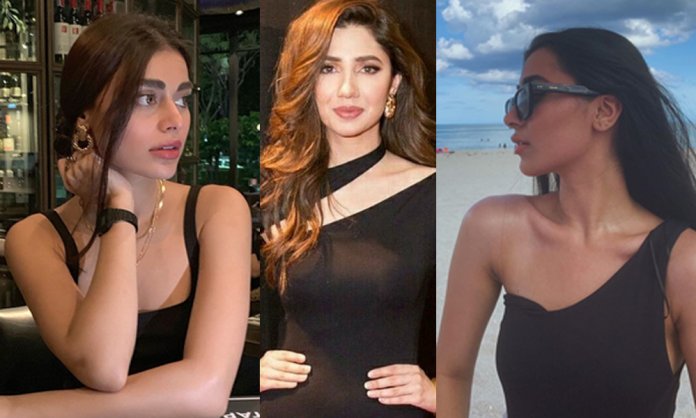 If the sky is the limit for you than you have to fight tooth and nail to achieve your goals. It’s never enough to walk the walk – you have to stand out from the pack.

Our Pakistani models have proved time again that they are not just pretty faces but so much more.

We rummaged the Instagram of Pakistani models and came to a conclusion of the best ones.

Syed walked the ramp at Pakistan Fashion Week 2018 with her baby bump, slipped and got back up like a boss.

Mehreen and her husband Ahmad tied the knot back in 2013 and have a five-year-old daughter named Aman and a son named Ibrahim.

She’s one of the most talented models who know how to wrap the entire audience around her finger when she steps on the ramp.

Another supermodel that made to our list is this newest dapper who garnered a lot of attention amongst the masses when he helped model Kesha Siddique on the ramp while modeling for SFK Bridals at Pakistan Fashion Week when Siddique’s shoe broke.

The soaring star, Subhan Awan found his way into the realm of modeling after he shared his images with ‘Citrus Talent’.

This young chap commenced off with ads like Zong Circle, English Toothpaste, Q Mobile, and Djuice.

The beauty with those thick brows and that hourglass body has instilled many. Kanwal won the Lux Style Award for the best supermodel 2019 and won the best emerging talent in 2015.

She played the supporting role in the movie Balu Mahi as Sharmeen. She has walked the ramp for designers like HSY, Manish Malhotra, Zainab Chhotani and several renowned names of the fashion industry.

Winner of Lux Style Award 2018 Lehri has garnered a lot of attention while he worked his way up in the fashion industry.

Lehri earned four uninterrupted awards at the Lux Style Awards from 2015 to 2018. He began his career in 2014 and has ascertained himself as one of the leading models working with renowned brands and designers.

Hasnain Lehri has been ranked as Pakistan’s Most Handsome Faces and was selected as one of the Top 100 Sexiest Asian Men in a poll administered by Eastern Eye in back 2017.

The 33-year-old Baloch model has the eyes as deep as the ocean and has worked some highly talented designers.

As long as you keep going, you keep getting better!🚶‍♀️

The model the turned actor has the looks that can make any man weak in the knees.

Moreover, the Baaji actress has been chosen as the Youth Ambassador for the Punjab Population Innovation Fund, which strives to enhance access and generate needs for family planning services in Punjab.