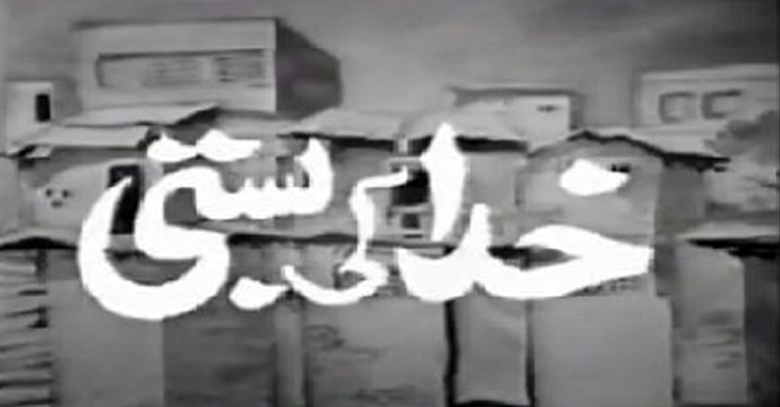 There was a time in Pakistan when we had only one Television channel – PTV – which managed to desert the roads from 8:00-9:00 PM. The quantity was not there, but the quality certainly was as we here actors like Bushra Ansari, Saira Kazmi, Marina Khan recall those days when they used to rehearse for hours to shoot a 10-minute scene.

We can say that the time spent did not go in vain as people around the globe are not able to recall the recent Pakistani dramas as instantly as the PTV classics. Give them a choice between a recent drama and a PTV classic like ‘Dhoop Kinarey’ and they’ll certainly vouch for the latter.

Minus all the glitz & glam in today’s dramas, it was probably the simplicity and stronger content that make the old dramas still so revering.

Here’s a sneak peak into the top-five timeless classics of the Pakistani Drama Industry:

This incredible drama serial was on aired in the year 1969 on PTV. Khuda Ki Basti, a black and white drama, was adapted from a novel by Shaukat Siddiqui.

The drama was based on the social issues in the society. The amazing cast included Qazi Wajid, S.M Saleem, Zahin Tahira, Shahjee, Shakeel Chugtai and Behroz Subzwari was introduced as a child actor.

This serial had such a great impact on its viewers that it was remade in the early 90’s starring Qazi Wajid and ZahinTahira as the lead again, and indeed even for the second time the serial turned out to be a super hit.

The beauty of Khuda ki Basti is that it is a timeless piece of art and one can still relate to the social issues portrayed in it. Waaris truly represented all the unique distinctions of a Pakistani drama with a powerful story, brilliant direction and unforgettable dialogues.

All of this was packed along with remarkable acting skills of Munawwar Saeed, Abid Ali, Mehboob Alam, Firdous Jamal and many more.

Renowned poet and writer Amjad Islam portrayed the social impacts of feudalism beautifully in the script. Aagan Terha was a classic comedy drama which again discussed the many issues prevalent in Pakistani society, but in a humorous manner.

Brilliantly written by the legendary Anwar Maqsood, this play had its own charm where each episode highlighted a different issue but every now and then the main focus would turn to the political scenario of Pakistan.

It wouldn’t be wrong to say that Aagan Terha, till date, remains as an unforgettable drama serial due to the exceptional performance by Salim Nasir.

Other actors which spread their magic were Bushra Ansari – who as a teenager played the role of an over sixty-year old woman – Shakeel, Arshad Mahmood and Durdana Butt also performed outstandingly. Dhuwaan was undoubtedly one of the best impactful projects by Sajjad Ahmed. It was written by Aashir Azeem, who also performed the lead role to perfection. I’m sure many decided to join the special services after this impactful drama.

The story of this serial circled around four ‘full of life young men’ who together with their mainstream professions (one is doctor, the other businessman, another journalist and so on) secretly serve as police commandos.

The drama portrays the journey of how these care-free young men first face the harsh realities of their profession and then death. Nor can one forget the message of the play and neither can one watch the last episode without a tissue box at hand.

Dhuwaan featured Ashir Azeem, Nazli Nasir, Wajid Ali Shah, Rohi, Nabil and many more. All the actors gave their best performances and hence gave the Pakistani drama industry something entirely different from the other drama serials in those days. Behind this remarkable drama was none other than Haseena Moin, the queen of Pakistan’s drama industry.

The storyline won the hearts of the people all around Pakistan. It was all about relationships where we saw a strict ‘aapa begum’ crying for her sister-in-law’s niece Zara (Shehnaz Sheikh).

We saw the love between two sisters and their aunt and his husband as the family copes with the loss of their loved ones and the house which they once called home. It certainly had all the elements of a super successful serial.

Recently, ARY channel aired the sequel to this drama called ‘Tanhainyaan Naye Silsilay’. But the sequel did not reach the level of success earned by the original drama in 1985.

Although today the drama industry is back in the game but according to some people it’s still not a match with the 80’s and earlier classics.

One only needs to answer a simple question to know the worth of these PTV Classics. Will you ever get tired of watching re-runs of Tanhaiyan, Aangan Terha, Dhuwan or Ankahi?