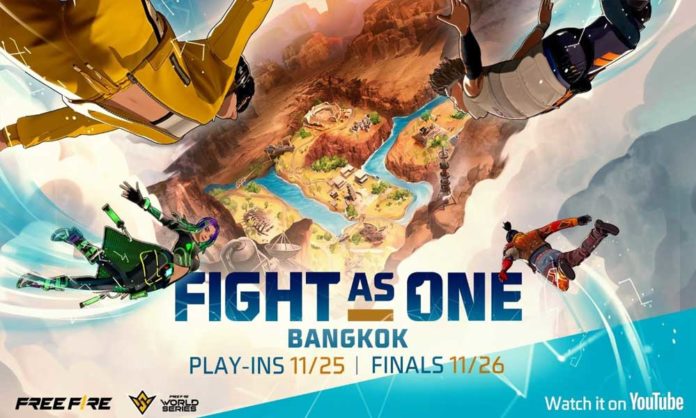 Garena’s highly anticipated Free Fire World Series 2022 Bangkok will return on November 25 and 26, after several months of intense competition. The tournament will see 17 qualified teams from 10 leagues all around the world touchdown in Bangkok, Thailand, to battle it out for the ultimate championship title and a share of the US$2,000,000 prize pool.

FFWS 2022 Bangkok celebrates the spirit of teamwork and dedication demonstrated by the finalist teams to ‘Fight as One’. The World Series will also feature an official mascot, Arvon, a new Free Fire pet that will be seen cheering on the teams as they ‘Fight as One’ in the arena.

Furthermore, fans and players can stand the chance to win FFWS limited-edition legendary costumes, the first of its kind in the history of Free Fire. Those looking to be a part of the global event can also anticipate a string of World Series-themed events, missions, and rewards in the game starting from November 18! Some of which includes a full FFWS 2022 Bangkok takeover, bringing players a full reskinned interface, and a ton of rewards.

The upcoming FFWS 2022 Bangkok will be presented by YouTube, the official broadcast partner of the event. All matches will be livestreamed on Free Fire’s official YouTube channels for fans to witness the battles unfold. Get a glimpse of what’s to come with the FFWS 2022 Bangkok Official Trailer!

FFWS 2022 Bangkok Teams: The 17 teams to watch this November

Fans worldwide can witness the exhilarating action on the weekend of November 25 and 26, where reigning Free Fire champions from leagues all around the world gather and face off for the ultimate championship. 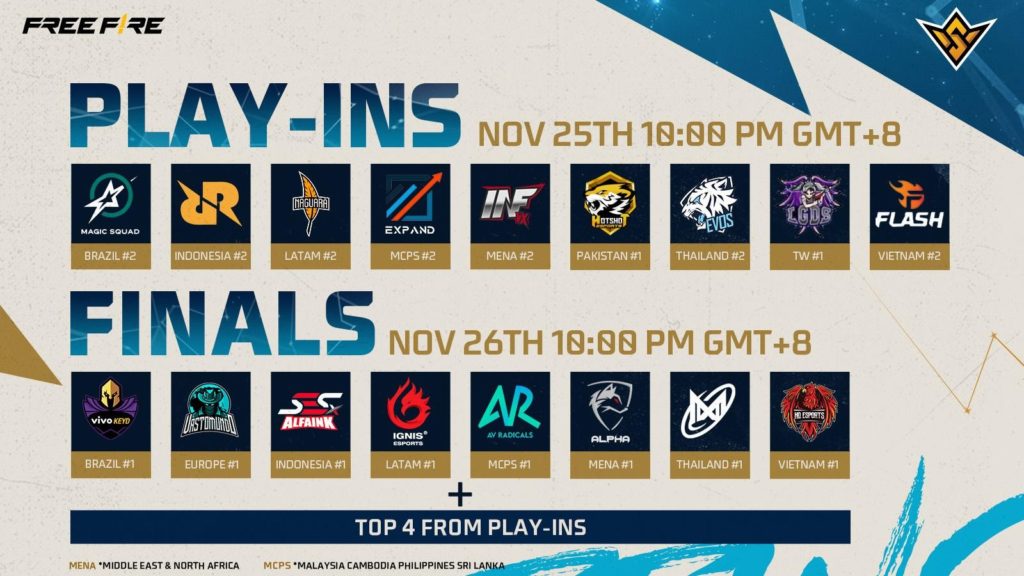 Teams who have earned a direct ticket to the Finals held on November 26 at 10pm (GMT+8) include the league champions from Brazil, Latin America, Europe, MENA1, Thailand, Vietnam, MCPS2, as well as Indonesia.

On the other hand, league champions from Pakistan and Taiwan will compete with the first runners-up from Brazil, Latin America, MENA1, Thailand, Vietnam, MCPS2, and Indonesia, in the Play-ins, which will take place on November 25 at 10pm (GMT+8). These 9 teams will vie for a spot at the Finals, with the top 4 Play-ins teams joining the top 8 seeded teams, making 12 finalists for the Finals.

The teams will compete in 8 rounds across 4 maps, to be the last one standing. Points will be awarded based on round ranking and the number of kills.

Team HotShots will represent Pakistan in the upcoming World Series

FFPL IV winners Team Hotshots will represent Pakistan in the FFWS 2022 Bangkok where they will compete for a prizepool worth PKR 45 Crore! 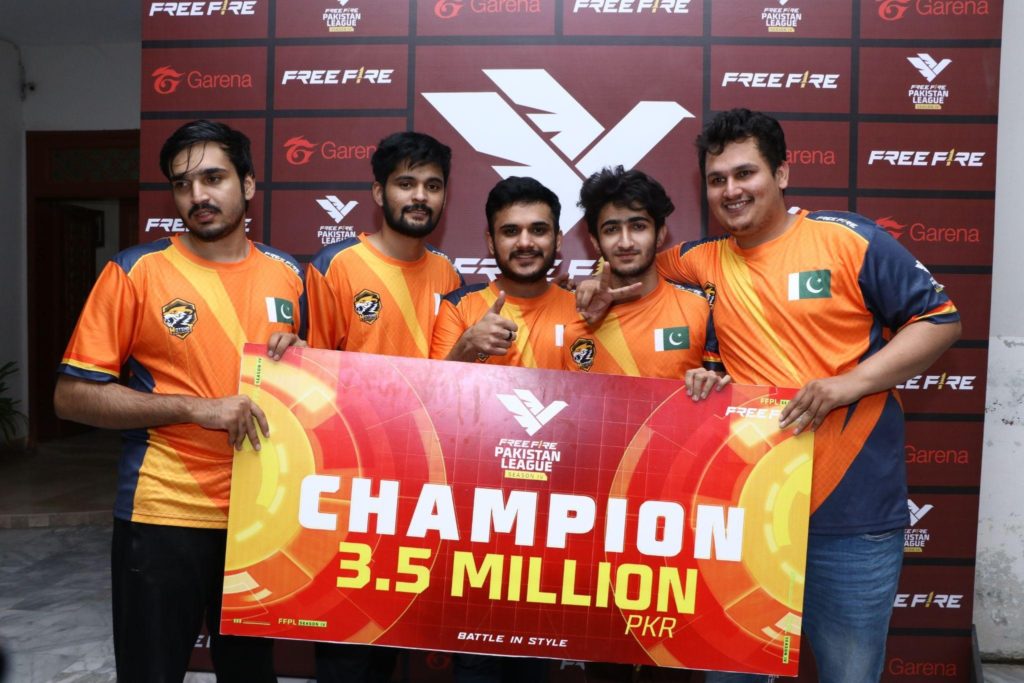