Another day and another incident of blatant misogyny embedded deep within our society graced us today; direct misogyny in men and internalized in women. It seems like a nightmare, doesn’t it? The incident was a Rishta ad that is so blatantly misogynous and ridiculous; it’s hardly believable.

The two particular demands, namely ‘Must not be TikToker’ and ‘Must not be feminist’ are the toxic concepts that are the highlight in the story. They enforce the toxic misconceptions already rampant in society. The ad strengthens the idea that these qualities in a woman are undesirable, and any woman with these qualities is not marriageable. Especially with all the controversies surrounding our own Aurat March, the feminists cannot afford to be seen in a more negative light.

It is visible through the ad that the person in question seems to be making demands while being in no position to make them. The man in question demands for the woman to be a university graduate while he himself is an intermediate graduate. Now, in no way, do we mean that intermediate graduates are in any way inferior, but the tone of the ad indicates arrogance that we simply cannot bear with. Can you believe our confusion when we see the same ad demand for the woman to be a housewife?

Proceeding to the even more outrageous demands, the ad goes on to say ‘Tall and fair color (Mandatory)’. This is problematic on too many levels. Colorism is already a massive issue in Asia. Pakistan is no different. The ad’s demand for a woman of fair color in itself might not be wrong considering preferences and whatnot, but the mandatory part brings us to a halt. For some reason, as with the first point, it makes the readers think that someone not of fair color is unsuitable for marriage. Unfortunately, for our society, it is very easy to reach conclusions like this.

Take a look at the rishta ad in question: 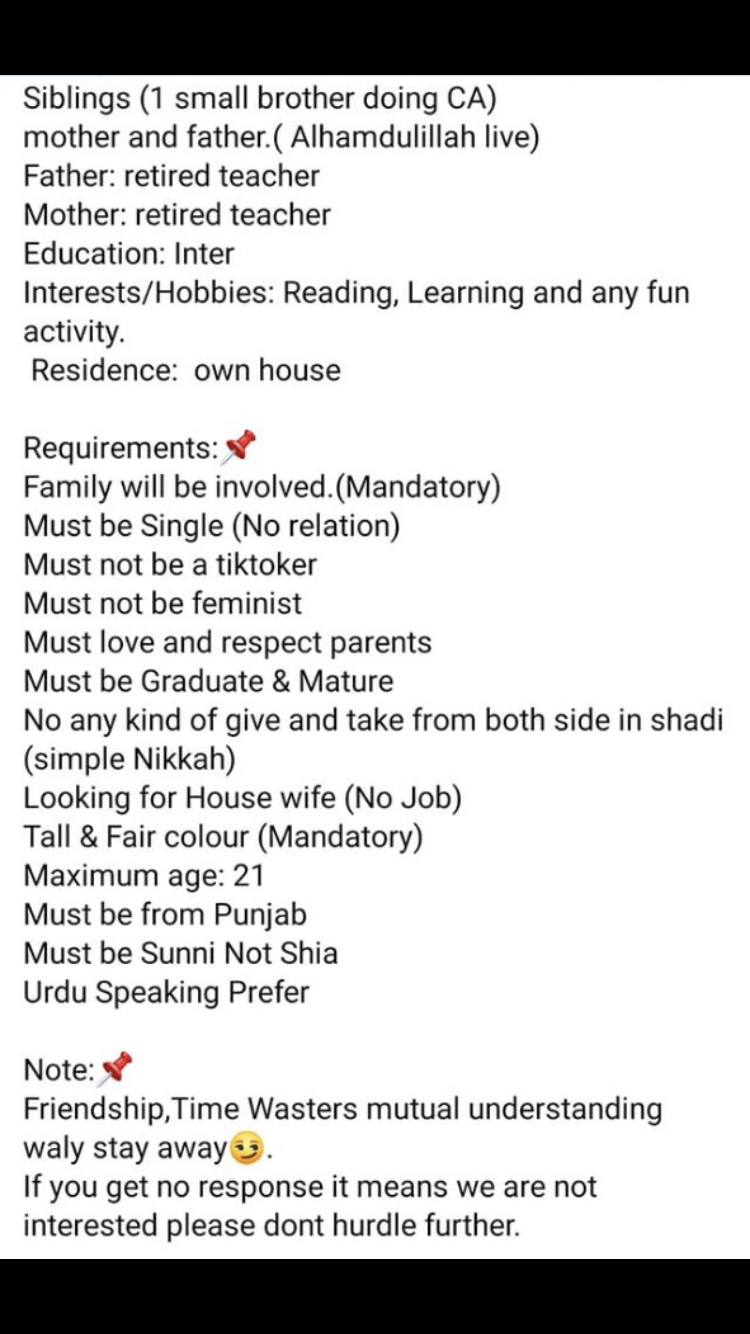 The stereotypes, the misogyny, deeply embedded, need to be unlearnt for us to have a better society.