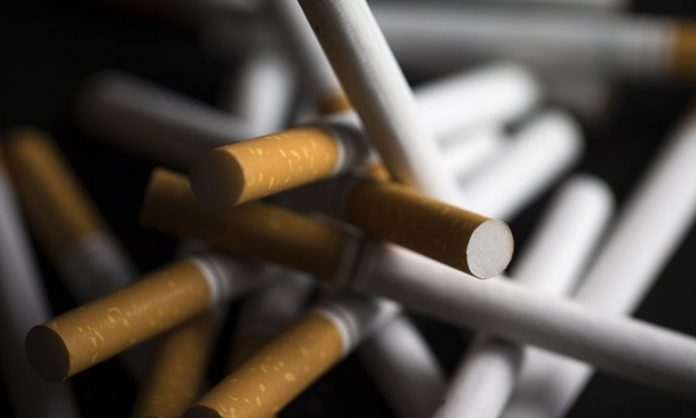 At the second meeting of Special Senate committee on tobacco tax revenues, the Federal Bureau of Revenue (FBR) has shared facts that a policy decision to introduce the third tier of excise duty on cigarettes was taken as a corrective action to arrest the declining trend in revenues from tobacco sector.

According to FBR, the third tier and unprecedented enforcement drive against illicit manufacturers had not only helped compliant tobacco sector regain its lost volume but also resulted in revenue growth of around 20 percent to Rs 88.5 billion during 2017-18 against Rs 74.1 billion collected during the same period last fiscal year. Interestingly, despite a sharp decline in their market share, the two multinational players contributed almost 98% of tax revenues from the tobacco sector. Meanwhile, illicit cigarette manufacturers have caused an estimated loss of over Rs 130 billion to the national exchequer in past five years.

Before the introduction of the third tier, revenue collections from tobacco industry stood at Rs 88.40 billion in the financial year 2013-14, Rs 102.88 billion in 2014-15 and Rs 114.19 billion in 2015-16. Thereafter, a sharp decline in revenue to Rs 74.1 billion was registered for the first time in many years in 2016-17 as the price gap between tax-evaded illegal cigarettes and legal tax-paid industry kept on increasing to a point where most of the smokers shifted their consumption to the tax evaded cigarettes being manufactured in Mardan and Azad Jammu & Kashmir (AJ&K).

The second meeting of the special committee, headed by Senator Kalsoom Parveen, was attended by Senators Dilawar Khan, Dr. Ashok and Azam Swati. The FBR Chairman, members of civil society and industry representatives were also invited to the session.

Industry representatives further explained that prior to the introduction of the third tier, the market share of illicit cigarettes had surged to 40 percent. This share was estimated by Nielsen, a market research agency that is well reputed globally and could be validated by FBR through an independent survey or audit of the tobacco sector.

During the meeting, there was also a discussion on the menace of cigarette smuggling that was hurting the local exchequer.  It was highlighted that there is a wrong assumption that all local manufacturers are tax compliant and there is no illicit cigarette production from them. This contradicts facts about raids, multiple seizure reports by FBR over the past two years.

The two-pronged strategy of FBR showing consistency in tobacco taxation policy and unprecedented enforcement efforts to maintain the momentum in fight against illicit cigarettes in Pakistan has decreased the market share of tax evaded brands from 40 percent to 35 percent, which shows that authorities are moving in the right direction to curb menace of illicit trade and boost government revenues.