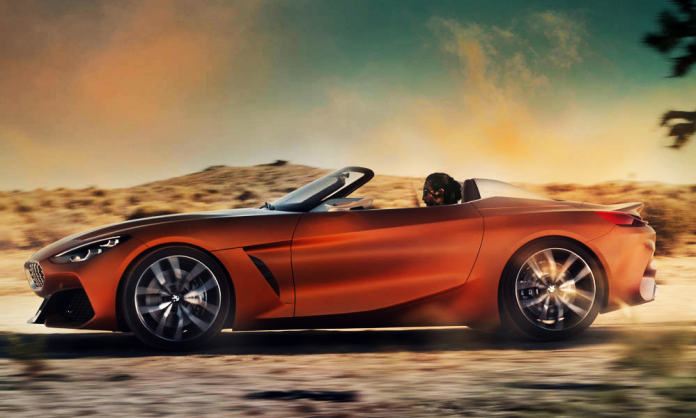 BMW shared a teaser of the Z4 on their Instagram platform just ahead of the Pebble Beach Concours. The teaser was followed by a bunch of shots of the Z4.

Launched in 2009, the model is a 2-seater roadster and comes in coupé variants which have been produced since 2002. It is the third model in the BMW Z Series and the successor to the Z3.

So much more than a silhouette. Find out what’s happening at Pebble Beach on August 17th.

The company then uploaded another post teasing that something big is coming for their fans on the 17th of August.

Just when you thought you’ve seen it all. Stay tuned and find out more on August 17th.

“The concept expresses the new BMW design language from all perspectives and in all details,” said Adrian van Hooydonk, senior vice president BMW Group Design ahead of the prototype’s reveal.

“From the dynamic-looking front to the striking flanks to the clean-cut tail end: a few lines and the subtle interplay between surfaces are enough to generate a sense of power and emotion.”

The prototype will be debuting at Pebble Beach, however, from its first look, we see that the BMW Z4 is more dynamic in terms of look. Four- and six-cylinder turbocharged engines are expected.

On the other hand, according to AutoWeek, The all-new Z4 is expected to share many of its mechanicals, with the possible exception of engines, with the upcoming Toyota Supra.

Freedom has never been this tangible. The all-new #BMW Concept #Z4 is shown today for the very first time at the Concours d’Elegance at Pebble Beach.

Here’s a first look at the BMW Z4!

Can’t wait to see complete specifications of the beauty!