A logo is an essential part of marketing. Not only does it distinguish your brand and sets it apart from others, but it also becomes your identity.

There are many times when a consumer recalls a brand just by looking at its logo, or something similar to it. With many companies going nameless, logos are a bigger deal than ever before.

One well-known automotive company has also decided to give its logo a refreshed look with the launch of its new EV.

Nissan has unveiled its new flat design with the announcement of its 2022 Ariya EV. The car will become the first every Nissan to get the new logo.

However, Nissan is not the first car manufacturer to get a new makeover. Earlier, Volkswagen had unveiled its new emblem, followed by BMW’s redesigned badge.

The new logo is not very different from the current badge.

The name is still present in the middle of an incomplete circle-like figure, with a small opening on each side.

The font and design are flatter and digital-friendly. There is now more space between each alphabet as well.

Nissan has shed off the bulky look and has gone for a more modern and futuristic feel while keeping the design relatively simple.

According to the brand, it had started the process of its redesigning back in 2017. The goal was to aim for a logo that was “thin, light, and flexible,”

Another requirement for the badge was to look attractive when illuminated so that it would compliment the models that would eventually wear the badge.

Reportedly, all upcoming Nissan EVs will bear the badge that will be illuminated with 20 LEDs. The brand also shared that the new branding will be shared across all platforms gradually.

Although there is yet some time for the Ariya to launch, there have been a few speculations that have been lurking around about the EV.

The US market is expected to welcome the EV in 2021. The Ariya will join its sister variant, Nissan LEAF hatchback, in the showrooms.

While the Leaf offers 226 miles, Ariya is expected to give drivers 300 miles. The design of the EV is expected to be similar to the Rogue but with a sportier appeal.

It is also expected to come in two battery pack variants, the standard 63.0-kHw, and the optional 87.0-kHw. Drivers will also have the option of front or all-wheel drive.

The Nissan Ariya will be equipped with several features to enhance the driver’s as well as the passenger’s experience.

These features include driver-assistance, infotainment tech, and other convenience items.

If these estimations are correct, then the Ariya can do very well in the markets against its competitors.

We will have to wait and see what the future holds for Nissan Ariya. 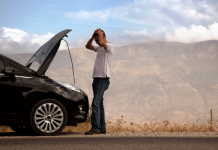 KIA Motors To Bring New Models In The Market By 2021

6 Tips To Protect You & Your Car During The Rainy Season

6 Dos & Don’ts When Your Car Gets Stuck In Heavy Rain!

KIA Cerato To Launch In Pakistan By Year End: Reports