Home Entertainment The Legend Of Maula Jatt: Bollywood All Praises For the Trailer
Advertisement 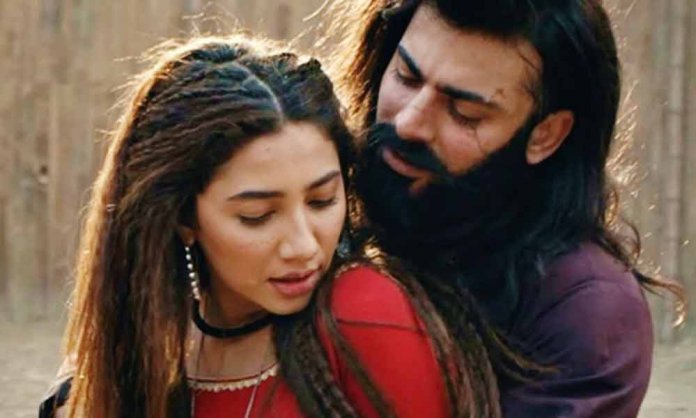 After much anticipation, the makers of ‘The Legend Of Maula Jatt’ finally dropped the trailer last week which suddenly became a talk of the town.

The intense trailer features Fawad Khan, Mahira Khan, Hamza Ali Abbasi and Humaima Malick and we fell in love with each of their unique avatars.

However, it’s not just Pakistanis who are going all gaga over the star-studded trailer. It also created quite a storm in India as well and many celebrities just couldn’t help but adore the cast of the movie.

Look what they have to say!

What a brilliant brilliant trailer 🌟🌟🌟🙌 https://t.co/tQjL9TQXGg

Fawad this looks amazing!!!! Congratulations and am sure it will be a massive success!!! 💪😎😎❤️🔥 https://t.co/TOHf0uOxJn

Kya baat hai mere dost 🙂 what a beautiful teaser and cast .. always an ardent admirer of @TheMahiraKhan and u and now with @HumaimaMalick and @iamhamzaabbasi it’s a double whammy! Can’t wait to watch this one…. https://t.co/IjuGmgTG6A

The cast of the upcoming movie also includes Gohar Rasheed, Shafqat Cheema, Nayyar Ejaz, and Faris Shafi and is all set to be released on Eid-Ul-Fitr. The Legend Of Maula Jatt will also be the first ever film in South Asia which will be simultaneously released in China, along with its worldwide release.

VeryFilmi is a one-stop entertainment hub for all movie, TV and music enthusiasts. With all the hottest news on celebrities, movies, TV shows, music and fashion – VeryFilmi brings you the best scoops, celebrity gossip and exclusive content. It’s fun and it’s Filmi!