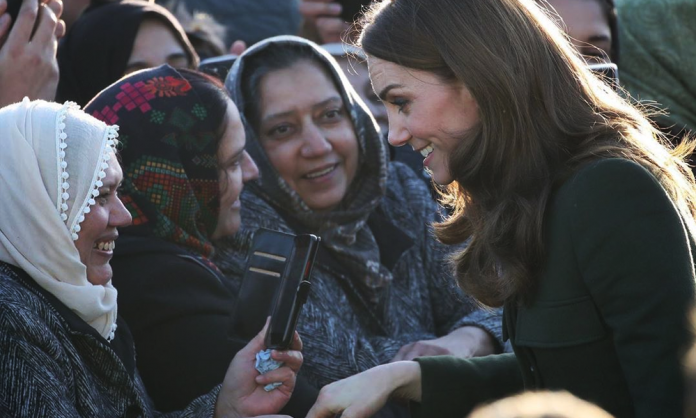 The Duchess of Cambridge spoke about how quickly Prince Louis is growing up, as she and Prince William visited Bradford on Wednesday.

After stops at City Hall and the MyLahore restaurant, William and Kate’s final stop of the day was one of Bradford’s Khidmat Centres, which help vulnerable members of the community.

This is also their first engagement since Prince Harry and Duchess Meghan announced that they intend to take a step back for the royal responsibilities.

Prince William and Kate are coming north to visit “a number of projects which support the community and promote cohesion within it” in Bradford.

The Duke and Duchess of Cambridge were today welcomed to Bradford, where they visited projects promoting cohesion in one of the UK’s most diverse cities. This morning began with a trip to City Hall, where Their Royal Highnesses heard from young people about life in Bradford and spoke with local employers who are helping the younger generation into employment. Afterwards, The Duke and Duchess met crowds gathered in Centenary Square. At MyLahore’s flagship restaurant, The Duke and Duchess sat down with the UK Women’s Muslim Council and those who have benefitted from the Council’s Curry Circle. The Curry Circle, sponsored by @mylahore_, is an initiative that provides a hot two-course meal for people who are homeless or struggling to feed themselves. It was then on to one of Bradford’s Khidmat Centres, where some of the most vulnerable members of the community from minority ethnic backgrounds receive help. The Duke and Duchess joined a workshop run by @nearneighbours, an organisation which brings people together in communities across the UK that are religiously and ethnically diverse. Head over to @kensingtonroyal for more details from #RoyalVisitBradford. Images © Press Association

These include Better Start Bradford, which supports pregnant women in the area, and the Muslim Women in Prison Project.

Wearing a beautiful moss green Alexander McQueen coat, which featured a military-style silhouette in midi-length, the Duchess was glowing as she greeted well-wishers.

The royal couple met Amir Khan during a visit to MyLahore’s flagship restaurant. MyLahore is a British Asian restaurant chain that has taken inspiration from Lahore, the food capital of Pakistan. 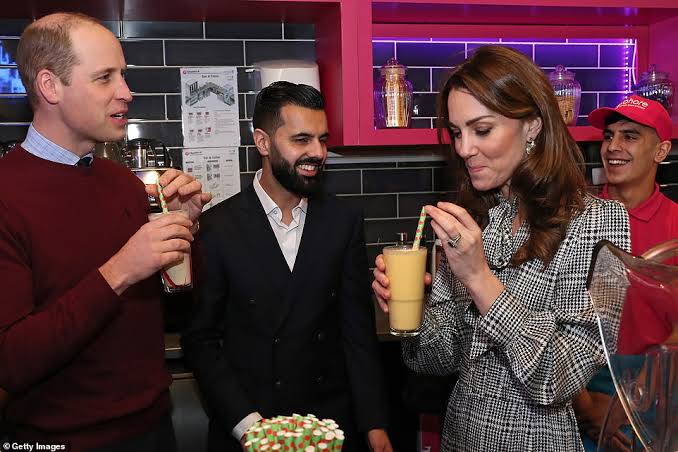 The duke and duchess also visited Lahore during their recent tour of Pakistan.

William and Kate also enjoyed a glass of Kulfi lassi during a visit to the British Asian MyLahore flagship restaurant in Bradford, where they learned about some of the community work undertaken by the restaurant.

Prince William and Kate Middleton visited Islamabad in October 2019. During their five-day tour, the Royal couple met Pakistan Prime Minister Imran Khan apart from visiting Chitral and the Kalash valley and the Badshahi Mosque in Lahore.

We cannot wait for the royal couple to come to Pakistan once again.