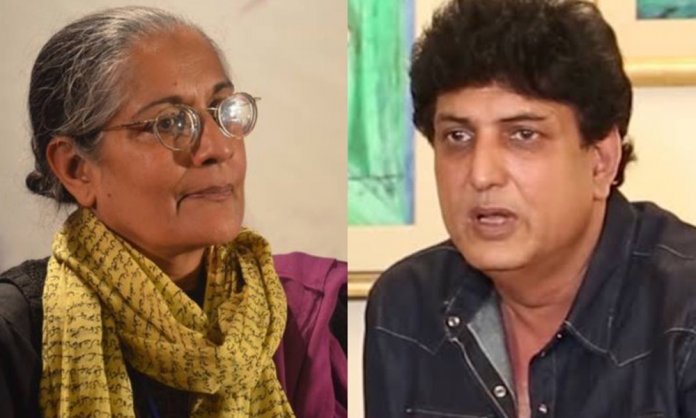 The highlight of our Monday was none other than Tahira Abdullah who zipped the writer Khalil Ur Rehman shut with her on-point speech on gender equality aka feminism.

As the program was about gender equality, of course, the discussion was also about feminism.

The clip from the show is already doing rounds on social media which shows the human rights activist owning Khalil ur Rehman Qamar and other sexists on the real purpose of feminism.

Have a look at this below clip, sit back and applaud.

Abdullah said, ”I am born from the same woman a man is born from and when I come into this world, I bring my rights with me, just like I’m born with a body, soul, brain and heart, they are a part of my existence.”

”Feminism is that revolutionary thinking that, unlike what Mr. Qamar says is not an organization, It is an outlook, ideology, mindset and revolutionary ideology that understands that a woman is also human.” Quoted Abdullah on the show.

Popular writer Khalil-ur-Rehman Qamar has recently been in the news of the work due to his well-known play Meray Paas Tum Ho.

His views from some television and social media appearances have also greatly galled a fraction of the community however, the writer has been seen protecting his stance in his ideas and himself.

From mansplaining who he considers a woman to the female interviewer to stating that women should go gang rape men if they want equality, the writer and director shared his disturbingly regressive views about gender equality.

Here’s the full episode of the interview: