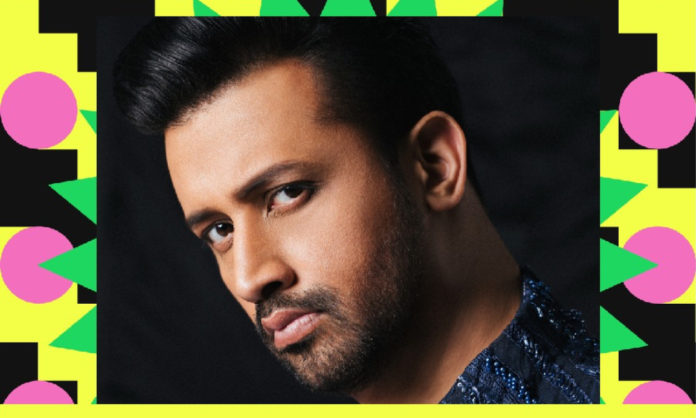 Karachi, December 01, 2022 –This year’s Wrapped is both a celebration of a year gone by and an invitation to join in on the fun. Spotify is unveiling its 2022 Wrapped campaign and personalized user experience inspired by just that. At the same time, the world’s most popular audio platform is also unveiling the top artists, songs, and playlists that made up the vibrant kaleidoscope of listeners in Pakistan.

The artists who stole the hearts of Pakistan

Year 2022 has turned out to be the year of Atif Aslam as the most-streamed Pakistani artist who has continued to dominate his fans’ hearts, followed by Talha Anjum who has made it to the top of the lists and remains listeners’ favorite. The local artist list also included Talha Yunus, Young Stunners, and Asim Azhar along with the legendary singer Nusrat Fateh Ali Khan. Joining the Top 10 for the first time are Abdul Hannan, Hasan Raheem and Ali Sethi. 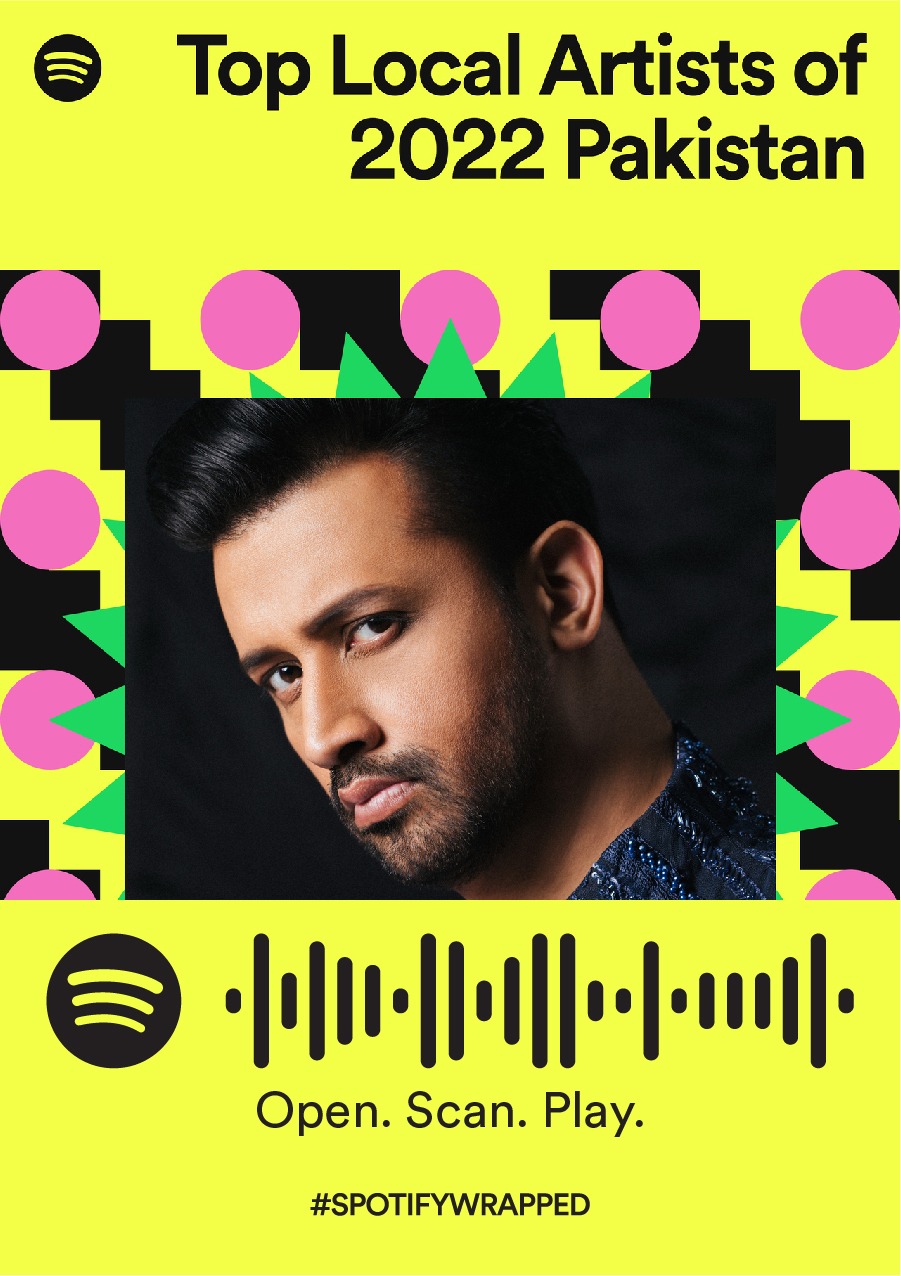 An addition that comes as no surprise to the list, given a dedicated fanbase and the growing love for K-Pop in the country, is BTS. The boy-band that has carved a strong presence for itself amongst the local listeners also made it to the list of most-streamed artists in Pakistan this year. 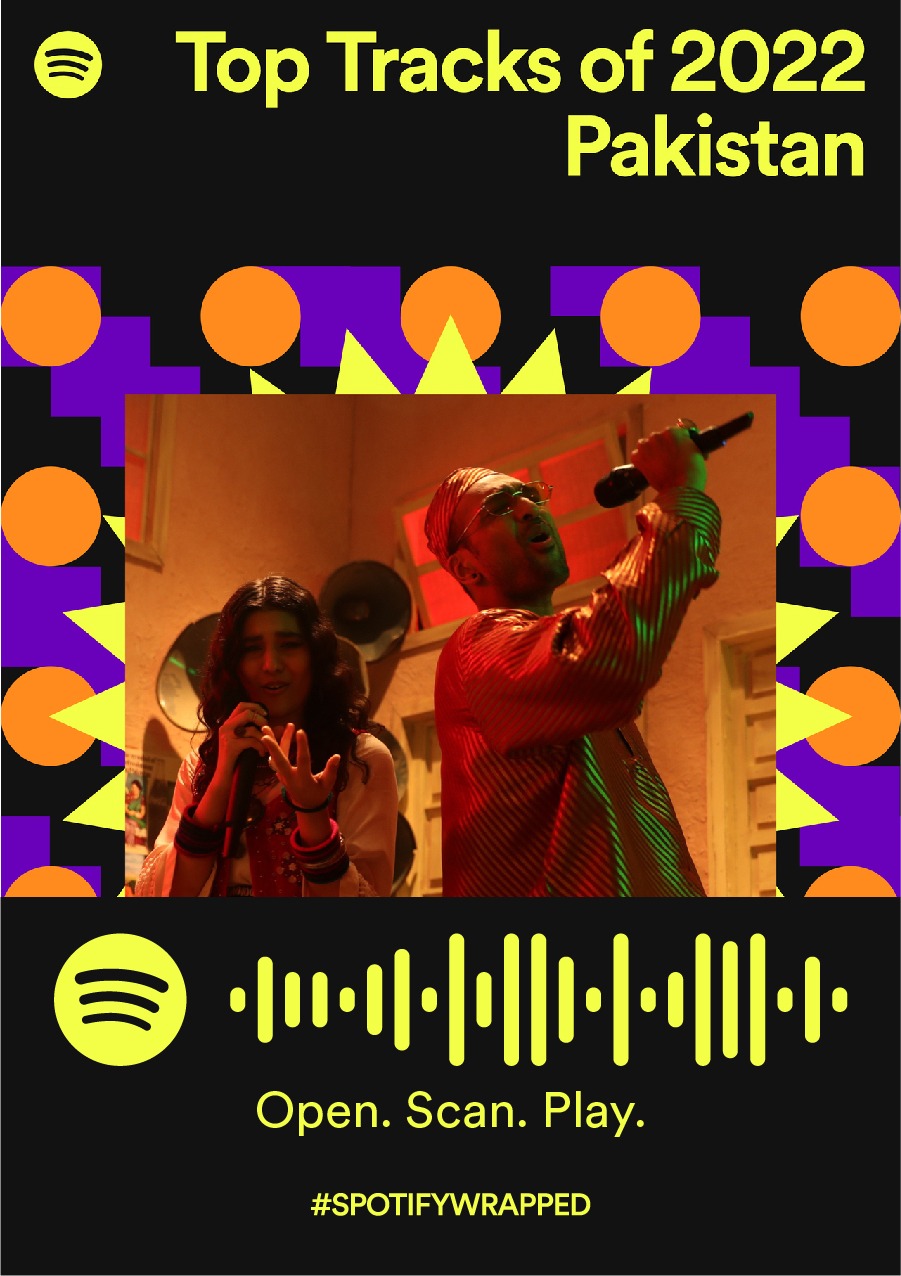 People still can not get enough of Ali Sethi and Shae Gill’s “Pasoori” with the hit becoming the most-streamed song in Pakistan. Earlier this year, “Pasoori” became the first ever Pakistani song that hit the top 3 on Spotify’s Global Viral 50 list, proving its global appeal.

Shae Gill, who is the most-streamed local woman artist and undeniably one of the prominent breakout stars of Pakistan this year, is also being featured as Spotify’s program EQUAL Pakistan’s Ambassador for the month of December.

Other most-streamed songs in Pakistan included “Excuses” by AP Dhillon and Gurinder Gill, and “Bikhra” and “Iraaday” by Fresh Finds Pakistan artist, Abdul Hannan, and Rovalio, taking second, third and fourth spots respectively on the list. “No Love” by Shubh came in fifth.

The rise of the next generation of artists

The year 2022 belonged to some rising stars that not only took over the local music scene but the world by storm. Abdul Hannan, who has been consistently topping the local charts, is a true example of Pakistan’s indie music scene’s tremendous success. His journey on Spotify began with the Fresh Finds Pakistan playlist last year in November. And since then, his followers have increased by 4,600%, and his average daily streams have witnessed a whopping jump of 7,600% over the same period. A year later, his name is shining bright in the top most-streamed local artists list. 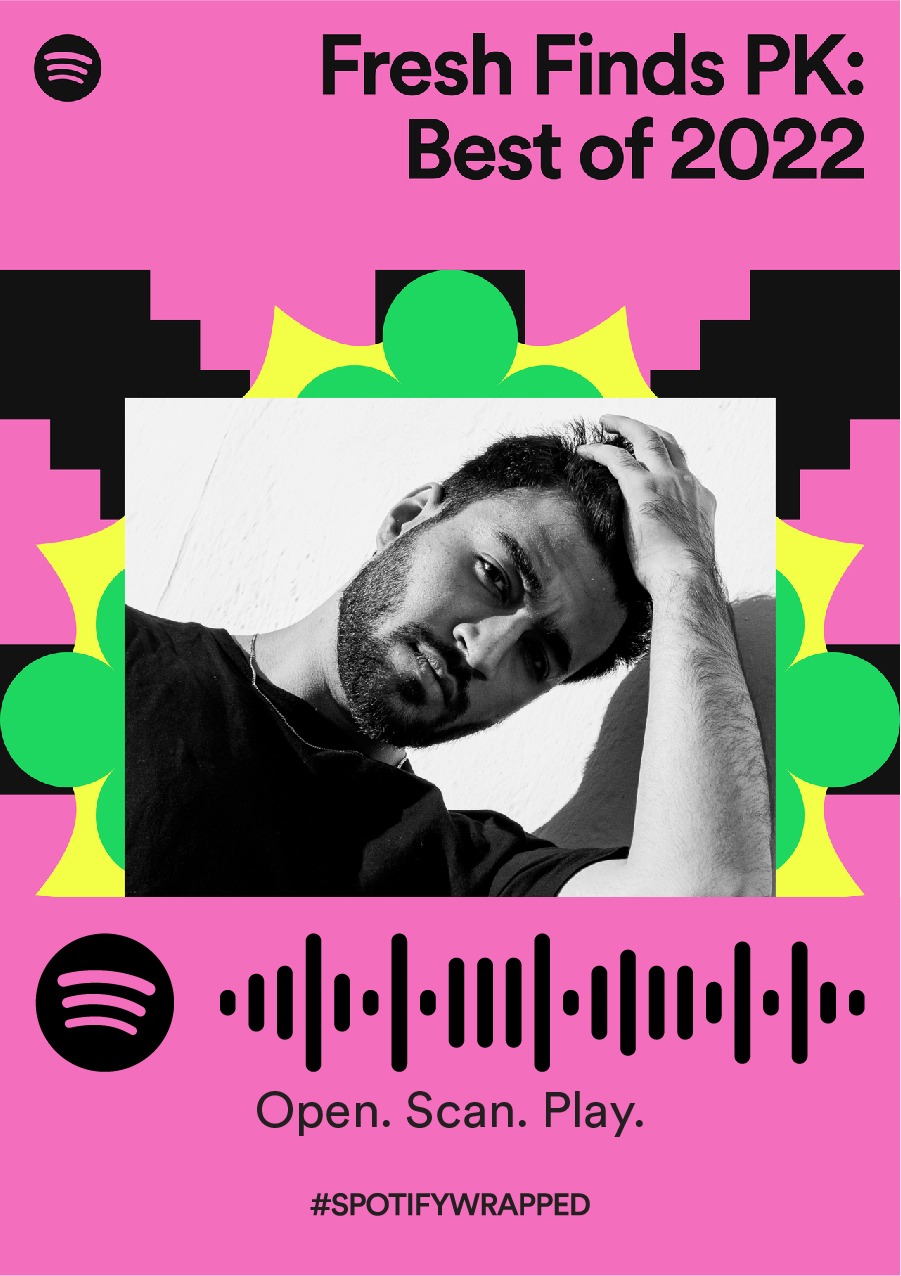 Hasan Raheem and Justin Bibis’  “Peechay Hutt”, and Kaifi Khalil’s “Kahani Suno 2.0” and “Kana Yari”, which he sang along with Eva B and Wahab Bugti were part of the cohort that made up the most-streamed local tracks this year.

To enjoy the Wrapped experience, head over to spotify.com/wrapped.

To learn more about Spotify Wrapped 2022 results in Pakistan, see below:

Most Popular Spotify Playlists in Pakistan: