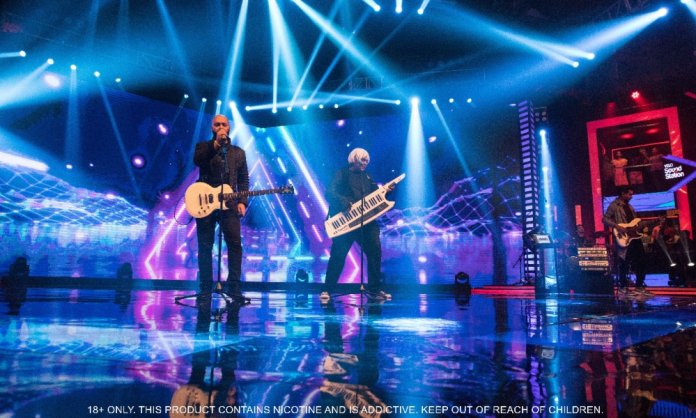 AAG was formed in 2006 by Lahore-based brothers Haroon and Usmaan Sheikh who early on in their career were recognized and praised for their “earthy yet modern sound” by both critics and peers which garnered them an ardent fan following.

In 2011 they were hailed as “the biggest Rock Act to come from South East Asia” by BBC Radio UK when they performed a rock cover of Dutch-Pakistani, urban Punjabi singer, Imran Khan’s “Bewafa”

The band then fell under the radar focusing on private productions and collaborations. Until now that is. 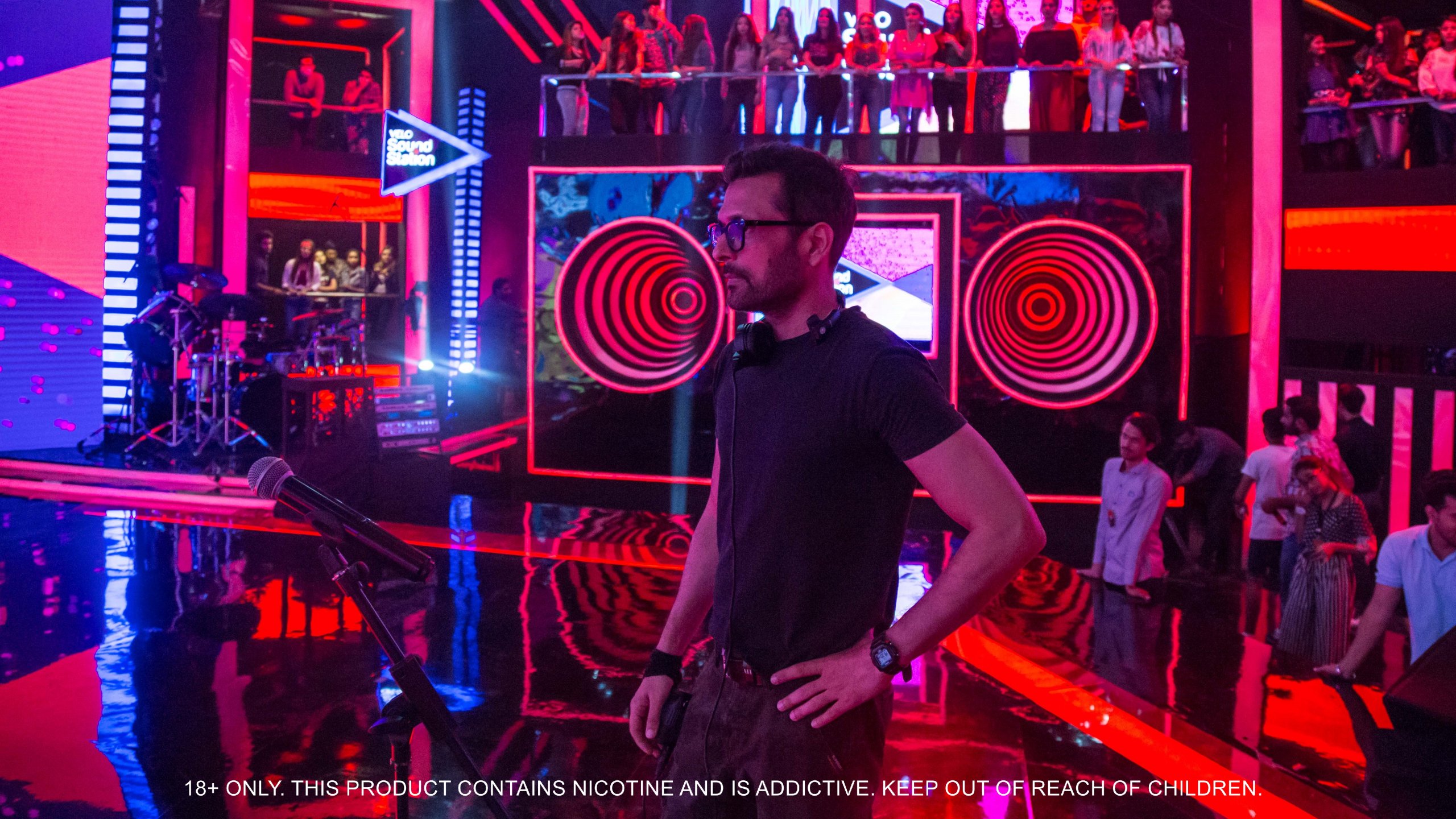 Aag was very big as a rock band in the early 2000s. Their sound was very heavy guitar-oriented. For VSS we planned to change their sound completely.

To this effect AAG’s once earthy Rock sound has been completely reinvented with a Sonic Retro-Pop vibe – a rebirth of synthwave from the 80′ – with the soulful song about lost love ”Sun Zara’ composed by Bilal Maqsood with deep lyrics by the legendary Anwar Maqsood and produced in terms of the arrangement including back up vocals by Usmaan and Haroon.

Say Haroon and Usmaan about the meaning and mood of Sun Zara.’
“‘Sun Zara) is an intense song about fading love: how a couple looks back about what went wrong; comes to terms with it as a circle of life. Like a leaf withering in Autumn the couple eventually stop talking and grow apart ”

The duo worked closely with Bilal Maqsood and his father the legendary scriptwriter, television host, satirist and poet Anwar Maqsood who came up with the idea of the song. 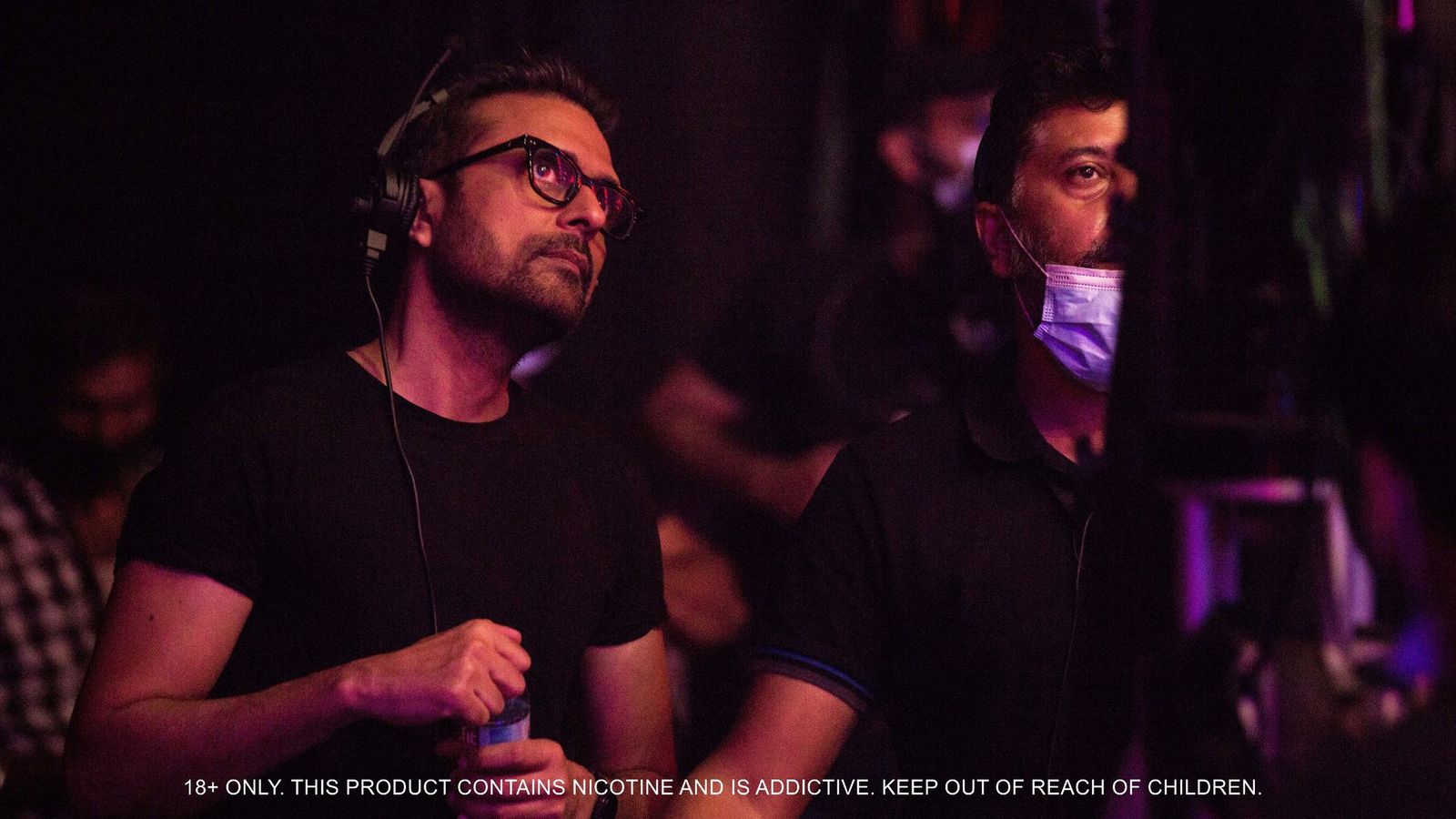 Haroon praises the song as being both simple and deep and is moved by the symbolism of the once beautiful flowers turning into thorns that hurt the eyes.
KHILLAY THAY GUL KABHI
AANKHON MEIN SUN ZARA

Enthuse the duo about the collaborative song :

“Honestly we think of this song as a gift from above. So thankful and humbled to have our inspirations (Bilal Maqsood)  champion us like this, it’s truly a dream come true!”
To complement the deep and austere nature of the song Haroon and Usman were dressed by Head of Wardrobe Ebtisam Ahmed in avant garde futuristic wrap tunic tops in muted neutrals and black with pants and heavy boots with Usmaan choosing to don a shaggy Warhol-esqe wig.

“Our outfits represent the sonic vibe of ‘Sun Zara’. The song has a new Retrowave feel to it, which in itself is a rebirth of Synthwave from the 80’s. This genre both shows what people back then thought the future would look and sound like. The rebirth of it carries elements of 2020 with new technology being used to make new music to honour the genre. We think that reflects in our style of fashion. The style also carries a mysterious element behind it, a sense of wonderment, and the mystery is revealed when the song begins. EB did a great job of bringing into fruition our vision.”

Add the duo about working with Velo Sound  Station:

“Working with the team has been truly inspiring, and the show itself is inspiring. Popular music is a cultural cornerstone for any region’s music industry. The fact that VSS has allowed us to effectively shape the music of this era, especially in this difficult year is truly remarkable. The stage is set for everyone to do their thing, their way, and the visual impact of each song is as important as the song. The people at VSS understand this, and that is inspiring.”