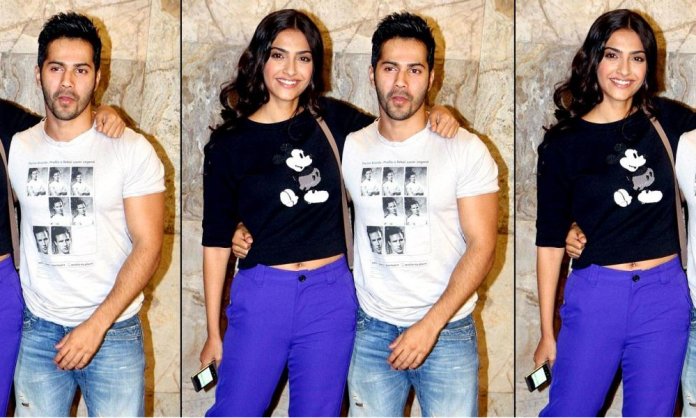 With wedding season in the air, celebrities all over the world are getting hooked left, right and center!

The announcement of Prince Harry and Meghan Clarke’s engagement took social media by storm. A plethora of Pakistani stars tied the knot in December 2017. Not to forget the intimate high-profile wedding of Anushka Sharma and Virat Kohli was truly the wedding of the year.

And now two more Bollywood big-wigs are all set to walk down the aisle!

The bubbly Kapoor babe is head over heels in love with her bae, Anand Ahuja. The duo has finally decided to get hitched and has made it public that they are planning to host a big fat wedding in March 2018.

And the wedding venue is  Umair Bhawan Palace in Jodhpur!

Marriage on the cards for Varun Dhawan

The Judwaa 2 hero has long been dating her darling, Natasha Dalal. The lovebirds have been spotted making public appearances together at airports, movie launches, and restaurant.

There has been much buzz that the two lovebirds will tie the knot in mid-2018.

In a recent interview, Varun revealed that he wants to get married soon. However, it may not actually be on his agenda this year.

“Honestly, I would love to do that, but I don’t know how my parents would react to it.

Being Punjabis, they would want to do it the traditional way. . I have just moved into my new house, and I want to enjoy this part of life for a couple of years before I think of the next step”

Well, we certainly can’t wait for the big news! Currently, the actor is shooing a Shoojit Sircar-directed movie for October and will resume working on his upcoming movie Sui Dhaaga once Anushka Sharma returns from South Africa.