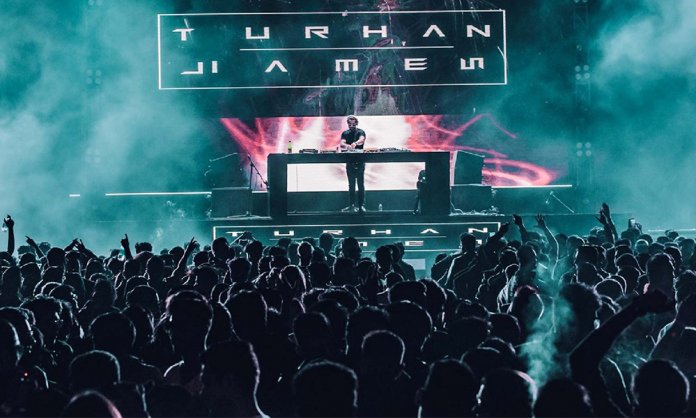 The fourth edition of the EDM festival, Solis was shut down around 9:30 instead of 12:00 when crashers trashed the place and injured 100’s in the process.

It took quite some time for the music scene to return back to Pakistan after security concerns were resolved as international DJs made their way back to participate at the events.

The organizers of the event received heavy criticism on social media. They took it to their official Instagram account to express their concern regarding the mishap:

For the 4th edition of Solis Festival, we were really excited to bring the festival back to home grounds- Islamabad. We had to make the difficult decision to stop the event due to hundreds of individuals who fought their way through with fake tickets. This spoiled the night for everyone else that purchased authorized tickets. As always, security and safety is at the utmost priority for our festival attendees, vendors, sponsors and artists. We want all our fans to feel safe and happy at every show, and because of the actions of these individuals we weren’t able to do so. We will be issuing a further statement at a later time, but for now want to thank our fans who purchased real tickets and came to genuinely enjoy the event.

Apparently, the crashers had fake tickets and they fought their way into the event. Many shared their first-hand experience on Twitter.

Well if #solis management cant handle a crowd then why tickets were sold to people more than capacity of siting arrangements?This event meant to just mint money? Many people called and said how they were looted in name of VIP tickets.Not allowed entry rather thugs insulted them. pic.twitter.com/6Jb4dLxf1J

Gatecrashers trashed the place, leading the stage and enclosures to collapse. The organizers of the event shut off the lights and music in an effort to get people to leave the venue but it seemed as if nothing was working.

DEAR ISLAMABAD What was borne from a love of music and wanting to share a piece of the international music world to Pakistan, Solis provided entertainment that didn’t exist and became a community based on peace and unity, bringing together homegrown businesses that supported our economy and put Pakistan on the map. Despite all the challenges of putting together such an experience in Pakistan (the things you don’t see behind the scenes like finding the right speakers, pyro, the security gates that need to be built from scratch, to convincing our artists that Pakistan is indeed safe and beautiful), we made it happen. Not once, not even 3 times in 2019, but for the 4th time yesterday in Islamabad till the incident hours after doors opened. We chose the venue and our security based on the number of tickets sold and made arrangements based on this. We warned against fake tickets on numerous occasions. However, we underestimated the sheer volume of thousands of “fake tickets” that were being sold illegally. These people were denied entry, but broke our barricades and forced themselves in, climbing on VIP platforms which couldn’t take the weight and destroyed our stage putting everyone’s safety at risk. To those that believed in us and came to genuinely enjoy the show, we are deeply sorry that this experience was ruined by others. We know that you came far and wide and we know how much you were looking forward to this event as we were too. For you, our true fans, we absolutely could not put your safety and security at risk and had to stop the event. What some of you didn’t see was the further damage these individuals caused after we shut down the event. Crores Of damage have set us back even further. WE are a community. WE are responsible for changing mindsets- together! While we will hold on Solis indefinitely in Islamabad, we will NOT let this define us. We will LEARN and PERSEVERE and keep giving Pakistan an experience they haven’t had before, much like we have done in the past. We will NOT let the actions of a few decide for the rest of us. We will be back.

Earlier, the festival did great in the city of lights. Here’s to hoping the festival will return back with better management.