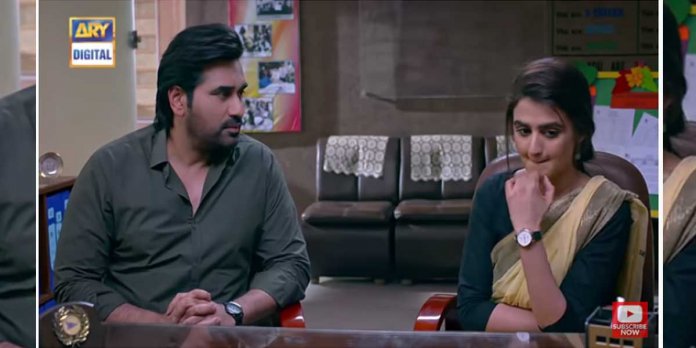 ARY Digital’s ‘Mere Paas Tum Ho’ has taken the masses by storm and has all fans hooked to the TV screens.

The drama is winning hearts thanks to the witty dialogues and over the top acting by the lead actors.

In the previous episode, actress Hira Mani made her first appearance in the serial and Episode 13th revealed that Hira Mani is playing the role of Rumi’s class teacher.

Her performance was lauded by plenty. However, some did not approve of her acting skills in the serial. It all began after the episode was aired last Saturday.

Some people praised her work in the previous episode

This individual is eagerly waiting for her new project!

Some mocked Hira for having sob fest in every drama serial

This person believed that her entrance was quite predictable

Boys are much crazy than girls to watch drama #MerePassTumHo . They were expecting #hiramani wife of #adnanactor but she is a daughter of Mateen Shb 👏👏👏

But there were few who didn’t appreciate anything about her character! Yup, it’s hard to please some.

In previous interviews, Hira Mani shared that her character, Hania would be paired opposite Humayun Saeed, so it’s safe to say that she’ll probably be filling the void left in Danish’s life after Mehwish (Ayeza Khan) took off with Shahwar (Adnan Siddiqui).

What did you guys think of the latest episode of the drama? Let us know if you Hira Mani was a hit or miss?