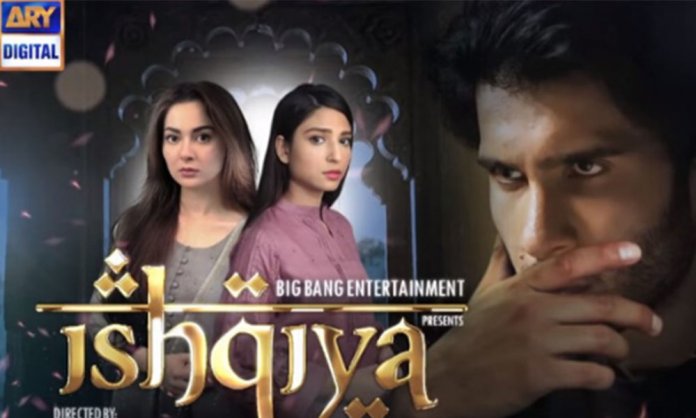 Feroze Khan and Hania Aamir’s pairing up for the very first time for the small screen has appeared on the horizon with many eyes on them after the release of its teaser, Ishqiya directed by Badar Mehmood.

Feroze Khan is returning to the small screen almost after a decade who was last seen in Dil Kiya Karey directed by Mehreen Jabbar alongside actors Yumna Zaidi and Mirza Zain Baig.

The duo has earlier made rounds on social media after Fashion Pakistan Week 2019 for walking together and sparking massive energy on the ramp for Sadaf Fawad Khan.

With both the teasers out, the plotline of the drama has yet not been disclosed but has left the audience confused. The audience is expecting quite a plot from Badar after Cheekh under his belt.

Feroze Khan’s character is a cool university student who falls in love with Ramsha Khan’s character (Hamna). We don’t know yet how Hania Aamir (Roomi) becomes a part of the complicated love triangle however, this does look like a love-revenge sequence.

The OST of the drama has been composed and sung by the uber-talented Asim Azhar. He took the news to his Instagram and expressed his joy of returning to TV shows’ theme song.