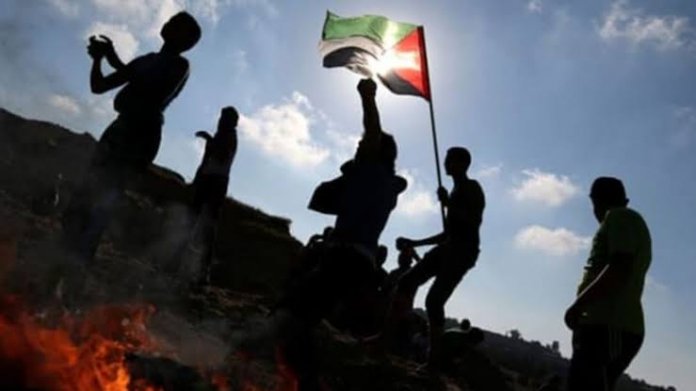 Google and Apple have sparked a debate over the past couple of days.

This debate has stirred a new wave of controversies and has split social media. While one side disagrees, the other one has a different perspective.

Both leading brands have been accused of allegedly removing Palestine from their maps.

When a user searches for Palestine on both Google Maps and Apple Maps, they see the Gaza Strip outline as well as the West Bank territories, but no Palestine.

The accusation of the removal started when an Instagram user ‘Astagfirolah’ posted a series of messages which went viral, claiming that both giants have “officially removed” Palestine from their maps.

Later on, an update was added to the viral post claiming that this post had false information. It continued that Palestine had never been added to the maps in the first place.

However we have spread awareness on this issue.

Because maps develop TO our national coNsciousness. We need our voices to be louder this time. Use your voice. Use your power.

This is a revolutionary year, and we will fight for the needed change to bring palestine on the maps.

However, since the break of the news, several newspapers and publications have claimed that this was done on purpose as both tech titans are influenced and support Isreal’s occupation.

It is also important to mention here that Palestine has been recognized by the United Nations as well as 136 of its members as an ‘independent state.’

No official comment has come by either Google or Apple on this matter. However, on Google’s website, there is a portion of text in regards to disputed boundaries which reads:

Disputed boundaries are displayed as a dashed gray line. The places involved don’t agree on a boundary.

Reportedly, this is not the first time when Google has been accused of removing Palestine from its map.

In 2016, a petition had been filed on Change.org, where the claim was that Palestine had been removed on Google Maps on Isreal’s insistence and that because both founders are Jewish, they have close ties with the nation. The petition remains active today.

Here’s how social media has responded to the removal of Palestine from Google Maps and Apple Maps.

From the river to the sea, #Palestine 🇵🇸 will be free. pic.twitter.com/fREpVJjoWl

"#Palestinian Minister of Foreign Affairs and Expatriates Riyad al-Maliki says he is going to lodge a case against American technology companies #Google and Apple over their deletion of #Palestine from online world maps."#Group4Palestine #SobatPalestinaINA pic.twitter.com/6ixkGM1mdK

Over 1 MILLION people have signed this petition asking you put Palestine, as recognised by the United Nations as: "The State of Palestine" On Your Maps –

Dear #Google, Inc: Put #Palestine Back On Your Maps! – Sign the Petition! https://t.co/Yupj78Xqjp via @Change

@LatuffCartoons 17JUL2020: Now @google and @apple removed #Palestine from their maps, something #Israel has been wishing since long time! Denying Palestinians identity, sovereignty, human rights, even erasing the name of their motherland from maps, is surely ethnic cleansing. pic.twitter.com/oyx2fLrrCl

What do you think is the real truth behind Palestine’s disappearance from both the maps?

Stay tuned to Brandsynario for the latest news and all the latest updates.