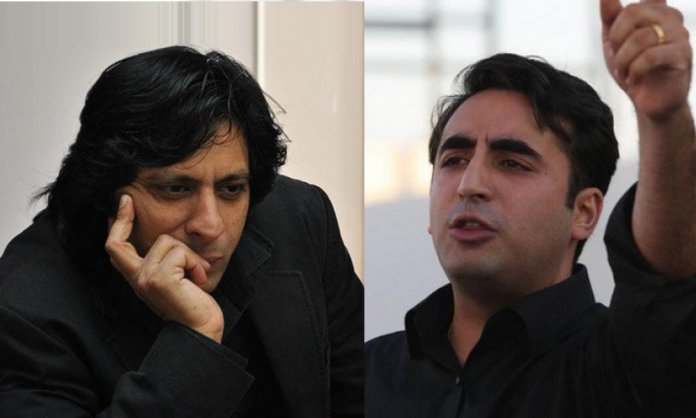 Popular Pakistani singer Jawad Ahmed is all set to kickstart his career in politics by contesting elections against Imran Khan, Bilawal Bhutto and Shahbaz Sharif.

Back in 2017, the singer formed the “Barabri Party Pakistan’ for middle and working class, youth, oppressed and deprived segments of the population.

With the upcoming General Elections 2018 just days away, the crooner is using social media to promote his party’s manifesto.

The list.I’m contesting against Imran Khan & Saad Rafiq in NA 131.Against the forces of status quo, PMLN, PTI & PPP, the parties of rich and powerful electables. Electables,the people who have plundered and looted our country.Remember you’re the change yourself. VOTE for ‘GATE’. pic.twitter.com/yKKKYafHL0

In his latest tweet, Jawwad took a dig at Bilawal Bhutto and accused the politician of using  ‘fear, power, and money’ against the singer.

I am contesting against Bilawal Zardari in NA 246, Lyari, Karachi.People are afraid to even provide an office to a political party without the permission of their bosses having connections with PPP.Bilawal Zardari is going to contest elections using fear,power & money against me.

For those who are unaware, Lyari is considered as a strong hub of PPP crusaders and the singer is bound to face a challenge while standing up for elections in the area.

Twitterati was quick to remind him that he should have been prepared for such an opposition.

This in not new. You should have known it before stepping in the arena. Now don't look back & push your way hard tramping anyone who tries obstruct your campaign.

PPP supporters trolled him for speaking against their leader!

ohh Come on Jawad ! Lyari is @BBhuttoZardari birth place…he doesnt need any fear , power & money to get his win … We Love him …dont make fool of yourself bro
"Oo kehndi ayy Sayyan main terri aaan" but believe me … it was only a song Not a reality😆😆#LyariSirfBilawalKi

People even accused him of lying and using false claim’s to gain attention.

Keyboard warriors suggested that he should just stick to singing!

Hahahaha, People knows its not your Job Hazrat Go and get your " gittar "

so what were u expecting else.
v r in pakistan buddy.

In fact, his followers schooled him for ranting and whining on social media.

So don’t contest, but plz don’t cry. If u can struggle and make ppl Brave like Imran, Go Ahead , otherwise go home.

Meanwhile, in a shocking turn of events, Bilawal Bhutto faced the wrath of Lyari residents last night during his electoral campaign in the area.

Upon his arrival, angry protestors in Bihar Colony pelted him with stones and attacked his rally, leaving a couple of people injured and vehicles damaged.

Chants of ‘Go Bilawal Go’ permeated the air and the political left the area as soon as the protest gained momentum.