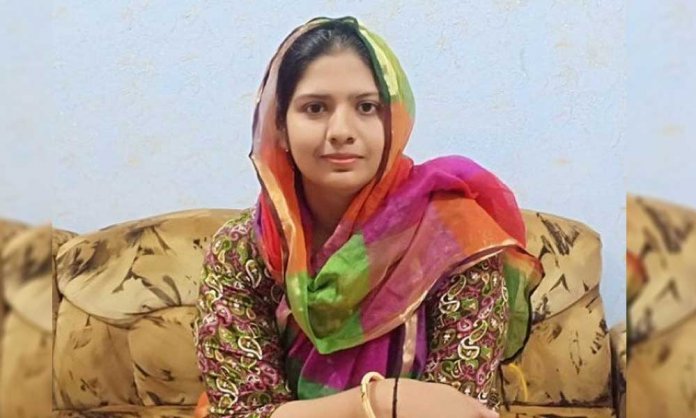 Pakistan has been in the headline lately for speaking out against human rights violation, breaking records and even stereotypes.

Sindh Police has played an important part in breaking stereotypes by appointing a woman from the Hindu community as ASI.

Pushpa Kumari, 29-year old who hails from the Kohli community never thought that she would be appointed as ASI. Pushpa has in fact graduated in ‘critical care’ from Dow University of Health Sciences in 2014.

She was working as an intensive care unit (ICU) technologist at the Benazir Bhutto Accident and Emergency Trauma Centre last year.

However, Kumari decided that she now wants to walk down a different path.

There are many Hindu girls in the medical profession. I wanted to do something different and that is why I decided to appear in the public service commission exam for police. -Kumari told Express Tribune

Human rights activist, Kapil Dev, had pointed out that Pushpa has now become the first woman from the Hindu community to become a police ASI.

I think this might be true. There may be a few women from the Hindu community working as police constables. But I think I am to only one to pass the public service commission exam for ASI.

My plan now is to obtain a masters degree in criminology. I also intend to appear in other exams, particularly if the Sindh government announces a post for the deputy superintendent of police.

Daina Kumar and Suman Pawan Bodani both also belonging to the Hindu community in Pakistan have also made a name for themselves. They are now serving as civil judges and we could not have been more proud of them.