Home Sports Shoaib Akhtar is all Praises for this Bollywood Khan!
Advertisement 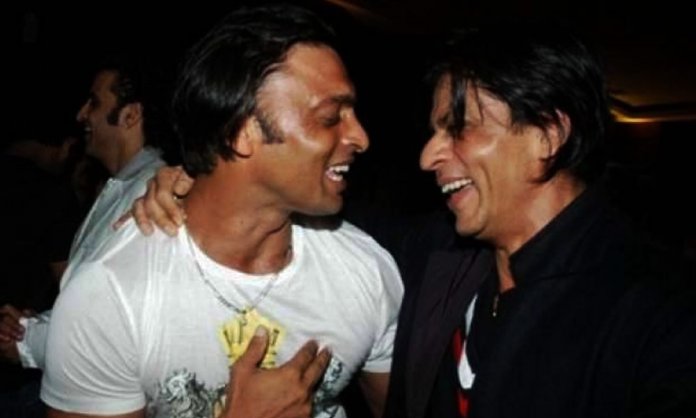 Our ‘Rawalpindi Express’ mastermind, Shoaib Akhtar who had made his debut with Kolkata Knight Riders against Dehli Daredevils. He won ‘Man of the Match’ for defending a low-total of just 133 runs.

While having a throw-back moment, the former Pakistani cricketer shared a picture of him in the KKR jersey celebrating their victory with none other than Bollywood superstar Shah Rukh Khan!

The caption read as;

“Fond memory with a super star, a friend, and the most humble man @iamsrk #ShahRukhKhan #SRK #T20,”

Fond memory with a super star, a friend, and the most humble man @iamsrk#ShahRukhKhan#SRK#T20pic.twitter.com/XaVBNVZSFO

Back in those days, other Pakistani cricketers used to be a part of IPL before the political unrests between both the countries. These cricketers include Shoaib Malik, Salman Butt, and others.

Akhtar ended with figures of 4 wickets for 11 runs from three overs, restricting DD to an even lower total of 110.