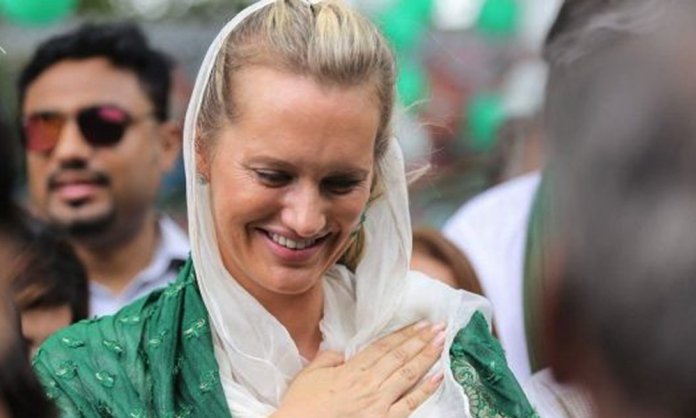 Shaneira Akram has mentioned that she is Pakistan’s ultimate ‘Bhabhi’. The beautiful Australian is often seen celebrating Pakistani holidays and special occasions with zest! She truly has accepted the nation and the people as her own.

Akram raised her voice against the littering problem in Karachi and across Pakistan and urged people to come forward and do something about it. Little did she know this good initiative of hers would lead to her being trolled on Twitter by the masses!

I call on Pakistan. This is not a Karachi problem. Lets stop thinking we are separate provinces & start acting as one whole united country pic.twitter.com/ry2bA8z3TP

However, Kiran Ahmed was being the perfect Twitter troll!

Wow @iamShaniera you are so good at lecturing us Pakistanis-No doubt before marrying you must be teaching sociology to PhD students. https://t.co/1pTT0XECph

Instead of applauding the efforts made by Shaneira, people criticised her for what she was trying to do. However, she did not let it go and hit back to the hater!

I didn’t know I needed a PhD to care for our country?? And before you separate me from “Pakistanis” please remember this is my country too https://t.co/EK2CL04sHq

Shaneira Doing what she does best, Spreading smiles on 14th August!

If making people smile is the thing I do well then that’s the best talent that I could have received 🤗😄🤗 pic.twitter.com/3FhHYXLDCT

Have anything else to add? Let us know in the comments below.