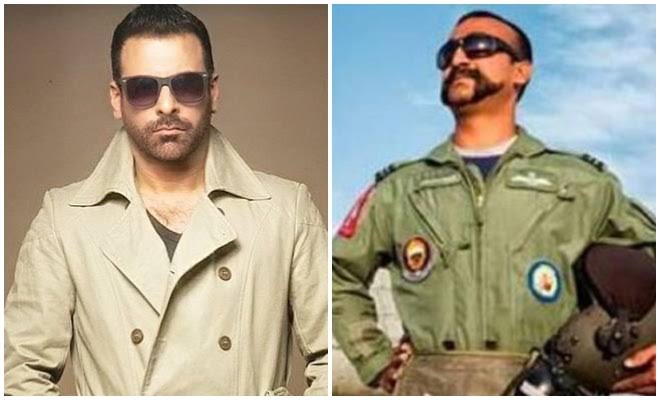 The remains of one of the aircraft dropped inside Balakot and Wing Commander Abhinandan was arrested alive.

The PAF named it ‘Operation Swift Retort’ and declared that the day would be honoured every year.

While Bollywood actor Vivek Oberoi is set to produce a film titled Balakot – The True Story, that tells the story of the moustached Abhinandan Varthaman who became the Indian national hero, Pakistan is all set to turn the incident into a comedy film.

Khalil ur Rehman Qamar is all prepared to make a film on the Indian pilot and actor Shamoon Abbasi will be playing the lead role.

The movie has been titled “Abhinandan Come On” and the script has been penned by Khalil ur Rehman Qamar himself.

According to reports, it will be a comedy film and will be going on floors on September 20 before Kaaf Kangana which is releasing on October 25.

#NewsUpdate: #KhalilUrRehmanQamar confirms to make a comedy film titled "Abhinandan Come On" and @shamoonAbbasi will be playing the role of Indian pilot Abhinandan in it. Film will go on floors before the release of #KaafKangana.#AbhinandanComeOn pic.twitter.com/4Pkm9a5Xm4

“Abhinandan Come On” will be released on February 27, 2020, and we cannot wait to find out more details regarding the project.

An animated short by the name Operation Swift Retort has also released on YouTube.

Conceived and produced by DJ Kamal Mustafa, the animation attempts to present the Balakot operation, and the successful capture of Abhinandan. It is based on the events that took place on the night of February 26 and the following day.

Watch the short film below: