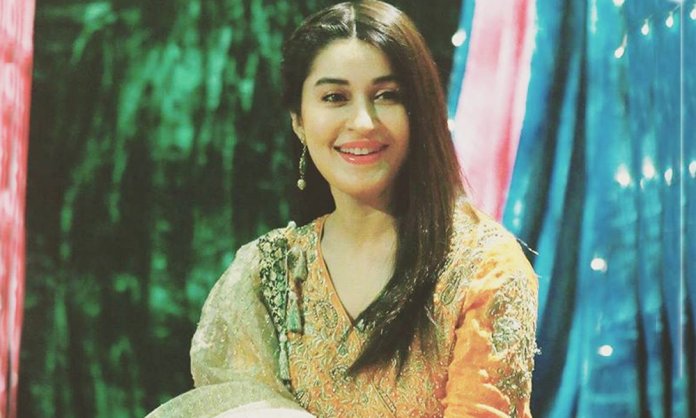 The queen of morning shows, Shaista Lodhi has left her place on morning shows and ventured into dramas. She was last seen alongside Faisal Qureshi in drama, ‘Vaada’.

Lodhi left Geo Entertainment after a controversy that surrounded the star due to content on her show that was labeled as being highly unethical. The controversial marriage of Veena Malik led to Lodhi’s exit from the channel.

At the start of the year, she announced that she would not be seen on any morning shows but looks like things are set to change again.

Shaista has now decided to join Geo Entertainment as a morning show host on ‘Geo Subha Pakistan‘, the news comes as a shock after what the history of Geo and Shaista.

The news comes as a shock to all after the history of Geo and Shaista but seems like the past has been forgotten!

Looks like the queen is all set to take back the reigns on the morning show bandwagon in Pakistan.

The first show she did was on 14th August in lieu of Azadi and the transmission went on to break all rating records with Geo having the highest TRPs.

The host has started off with a grand wedding on her morning show!

Would you like to see Shaista back on Geo’s morning show? Let us know in the comments below.