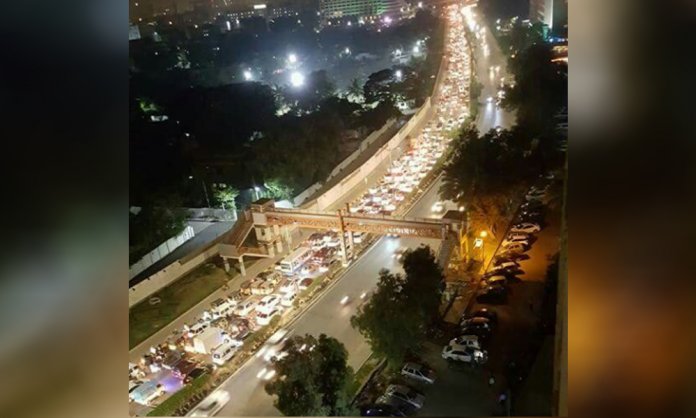 Traffic jams have become a norm in Karachi. Despite the fact we now don’t bat an eye on traffic problem, the traffic in the metropolis has recently surpassed an average Karachiites patience level.

Almost every day, the citizens are stuck in bumper-to-bumper jams and it seems there will be no end to this agony.

However, the metropolis witnessed probably the most horrible traffic situation of the year as repair work on the main sewerage trunk near Metropole Hotel, Shahrah-e-Faisal created a massive nuisance for the commuters.

What was worse, the citizens did not see this coming as no announcement was made prior to the blockage by the authorities.

As reported by the Express Tribune, this repair work will end by Wednesday. Apparently, a 56-inch diameter line sank a few days ago and affected the area from Fatimah Jinnah Road to Cantt Station.

Later in the day, a press release was issued to state alternative routes but apparently, it did not help the citizens much! 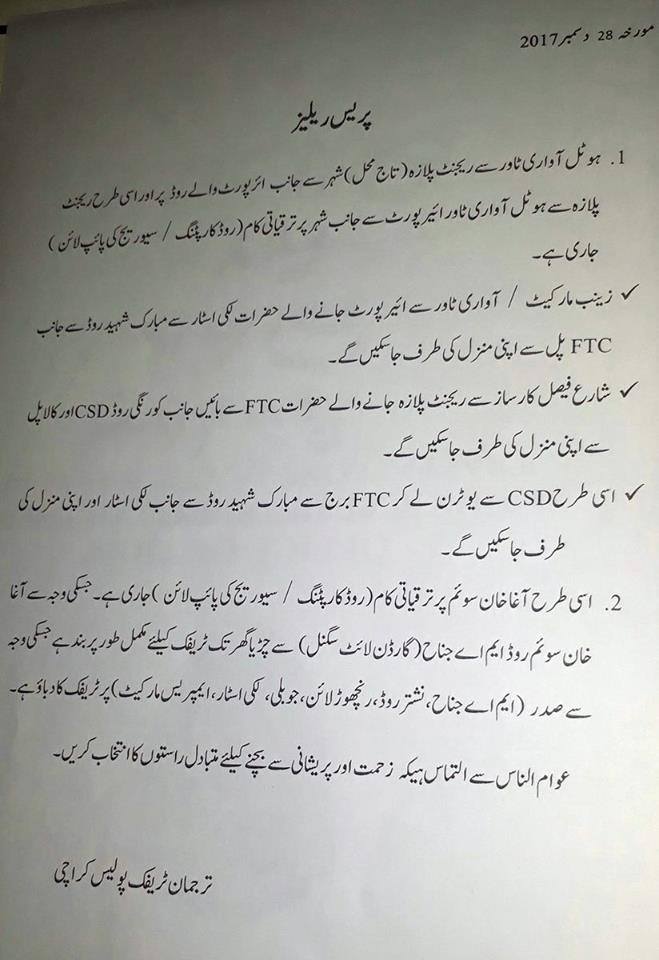 As per reports, this adverse traffic situation will continue for at least two days.

It is suggested to stay updated with traffic and plan accordingly to avoid being unnecessarily stuck for long hours.