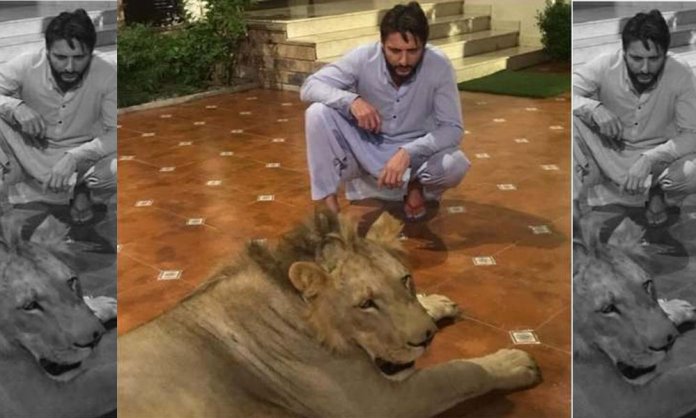 Shahid Khan Afridi or Boom Boom is known to be one of the finest sportsmen the country has produced. The former skipper was recently under the spotlight for a viral picture of him and a chained lion.

The image received a massive amount of backlash as social media poured their anger of Afridi keeping lions in chains. To clear the air, he gave an explanation on Facebook as to what had actually happened and why the animal was locked up. 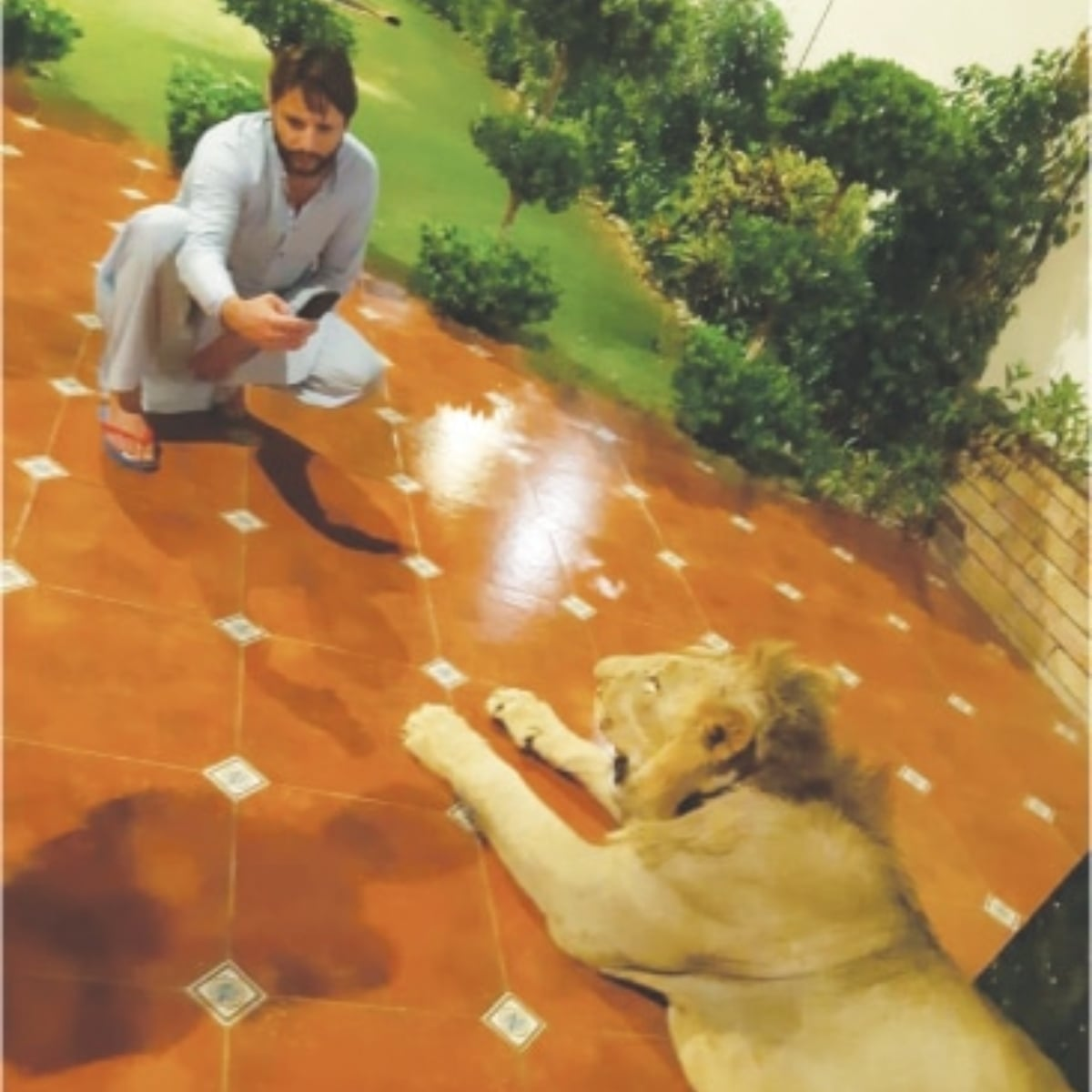 Afridi went on to say that the picture was taken at his home, and the lion was there, however, it was brought from somewhere else and the owner who has tamed the beast kept it in chains.

I respect that animals need free space and wildlife for survival however I would like to state facts for the record. These pictures are of my house and not of any zoo, the animals displayed in the pictures were brought to my house for showing it to my kids, the owner has tamed them since they were 2months old and they are this big, they are totally home broughtup, the person who owns them has a license as well. The fact it was chained was just to be on the safe side but where they live is in an entirely free environment.

The sportsman further mentioned that the pup was nurtured since the age of 2 months and have been brought up at his friend’s home. ‘The person who owns them has a license as well,’ claimed the Karachi Kings player.

Afridi shared the clarification a couple of days following the backlash of him having lions and deer locked up in his house after he shared images on his social media accounts.

Great to spend time with loved ones. Best feeling in the world to have my daughter copy my wicket taking celebrations. And yes don’t forget to take care of animals, they too deserve our love and care 🙂 pic.twitter.com/CKPhZd0BGD

As a result of this chaotic episode, the Sindh Wildlife Department (SWD) ordered an inquiry for Afridi’s house.

According to Dawn Images, SWD conservator Taj Mohammad Shaikh said he has ordered an inquiry into the presence of a lion in former Pakistani cricket captain Shahid Afridi’s home, photos of which went viral on social media last week.

If found guilty, appropriate action will be taken against former cricketer Shahid Afridi and others, said Shaikh.

Hassan Hussain, the man who is the caretaker for the lions shared with the source that he raised the pup, who is now 2 years old after their mother passed. They are safe to be around, and that he was the one who brought them to Afridi’s house to show it to his children after obtaining the travel permit from the SWD.

“The lion remained chained during the visit,” he added.

Afridi’s manager Arsalan Haider Shah also confirmed that the lions are tamed and there is no danger being around them. As per the chains, “The lion remained chained for additional safety,” he added.

SWD official, Adnan Khan has clarified that Mr Hussain is indeed in possession of a license to have a mini zoo at his household and to breed animals at his farm in Mirpur Sakro.

“There is usually a distance of five to six feet between the visitors and the iron bars of the lions’ cage to ensure the safety of the visitors,” he explained.

conservator Shaikh said Afridi and Hassan could be warned or fined if the action would be lenient. “Suspension or revocation of Hassan’s licence is another possibility. In an extreme case, we can even confiscate the animal,” he concluded.