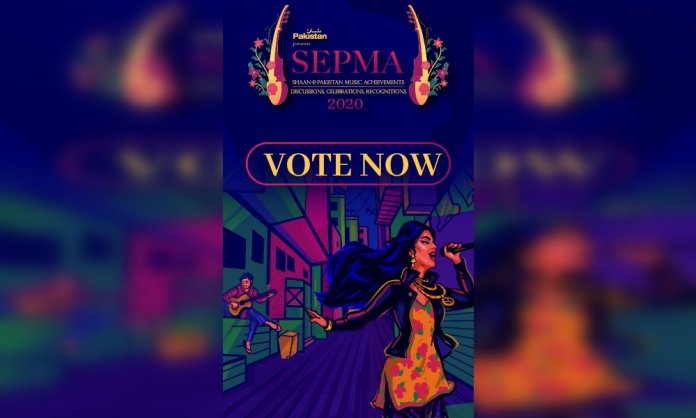 KARACHI: Shaan-e-Pakistan announces nomination voting for the 2nd Shaan-e-Pakistan Music Achievements Awards (SEPMA) are now live. The award show and the events leading up to it have shifted online, due to the ongoing COVID-19 pandemic. The show, directed by Huma Nassr, has brought musicians of all genres together, providing them with the opportunity to be heard on a global scale.

After SEPMA 2019, this year, the team pledges to do the same without being held back by physical boundaries, curating a digitally executed endeavor like no other.

The music categories for the 2020 SEPMA Awards are as follows:

The SEPMA team uses an international software to help slot in nominations in each of the categories. The process upholds the values of being unbiased, professional, and merit-based after extensive research and scrutiny by the CEO, Huma Nassr, along with the core SEPMA team that factors in popular public opinion plus submissions and decides on the 10 -15 possible nominees for each category. Then nominees will be divided into pairs and go up against each other for further shortlisting. 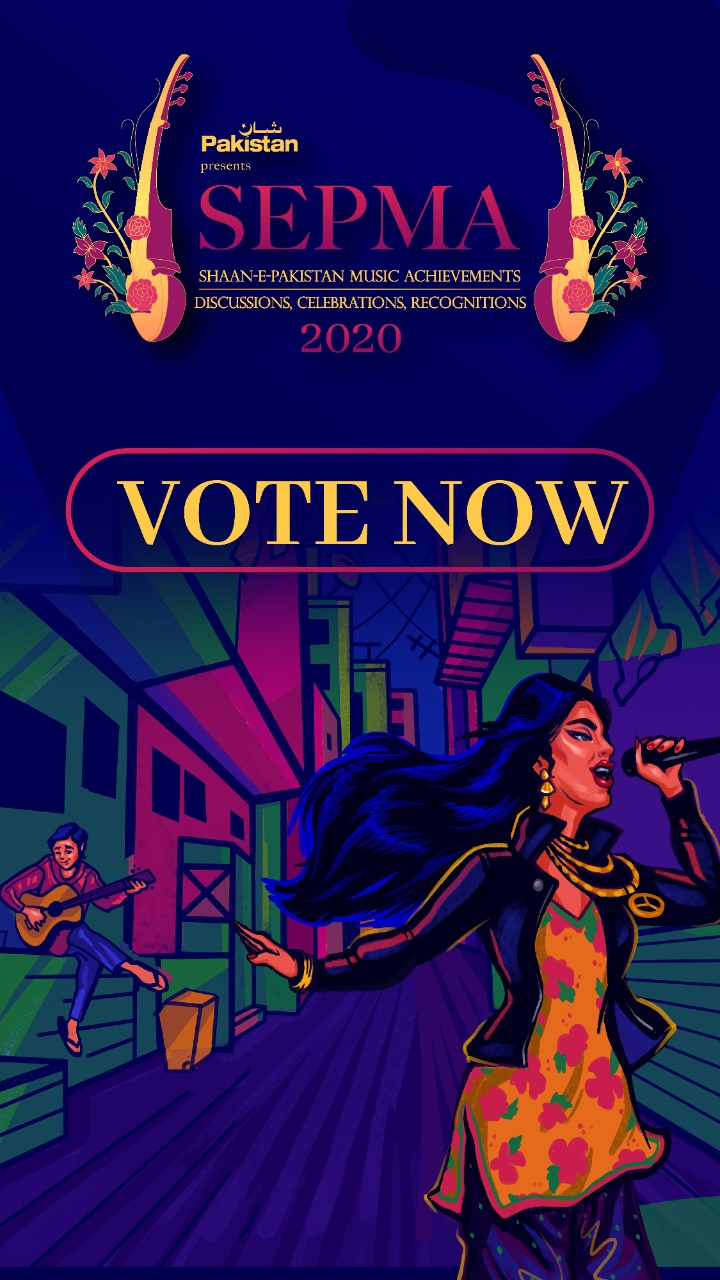 These submissions are then presented to an expert panel of judges who some of the greatest pioneers, legends, and maestros of the Pakistani music industry. After much deliberation, two final nominees will be shortlisted for the final round.

The final round of voting will be between two finalists, and the winner for this round will be revealed during the SEPMA Award ceremony set to take place later this year.

Besides, there are also four public voting categories as follows:

Public voting opens on the 28th of June and will end on the 1st of August 2020. You can also vote through the email addresses mentioned below:

The events, both online and on-ground, would not be possible without the immense support of Irfan Pardesi, CEO Zee Foundation who has been the leading promoter of the event in the previous editions and recognizes Nassr’s vision.

Among the leading strategic partners supporting Shaan-e-Pakistan with gusto are Malka Foods and HEMANI, Poet Amir Qureshi, NOVA Color, Social Squad headed by CEO Fahd and Aisha, Koel Gallery by Noorjehan and Aqeel Bilgrami, Ahsan Khaliq – CEO of Saad Ahsan Immigration Law Firm and Umer Hussein – Owner of Sweet Tooth. As well as, EMI Pakistan, the Music Label as our supporter for this venture and Irtiqa Hassan as our Aesthetics Partner!

All submissions and portfolios for nomination consideration to be sent to info.shaanepakistan@gmail.com by the 1st of August