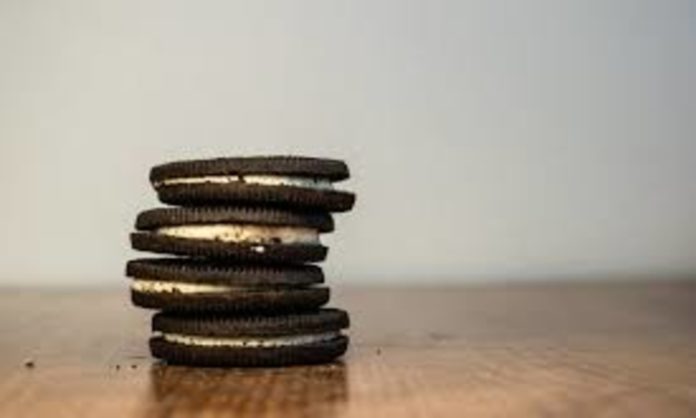 Everyone has their own way of snacking on Oreos. Whether it’s twisting the sandwich cookie to eat two separate parts. Dunking it into milk or just shoving the whole thing into one’s mouth.

However, if your preferred method is twisting it into two parts. You might have noticed that the inside filling typically sticks to just one side or the other.

With that in mind, diligent researchers at the Massachusetts Institute of Technology have tried to figure out whether it’s actually possible to keep the creme filling split evenly when separating the two chocolate wafers.

‘Oreology’ – The Science Of Oreo

The researchers have designed a 3D-printable “Oreometer”, a simple device that firmly grasps an Oreo cookie. It uses pennies and rubber bands to control the twisting force that progressively twists the cookie open.

The study, titled “On Oreology, the fracture and flow of ‘milk’s favourite cookie”, came out on April 20 in Kitchen Flows, a special issue of the journal Physics of Fluids.

In a statement issued by MIT, Max Fan, one of the study authors, said there is the fascinating problem of trying to get the cream to distribute evenly between the two wafers, which “turns out to be really hard.”

According to the study, scientists measured the torque needed to twist open an Oreo. Torque is the twisting force that tends to cause rotation of an object. In other words, torque is the tendency of a force to rotate the object.

According to Crystal Owens, the lead author of the study, videos of the manufacturing process show that they put the first wafer down, then dispense a ball of cream onto the wafer before putting the second wafer on top. She said that apparently, that little time delay may make the cream stick better to the first wafer.

“I was personally motivated by a desire to solve a challenge that has intrigued me as a child. How to open an Oreo and get creme evenly on both wafers?” said Crystal Owens.

“The results validated what I saw as a child — we found no trick for opening up our Oreos,” Owens said.