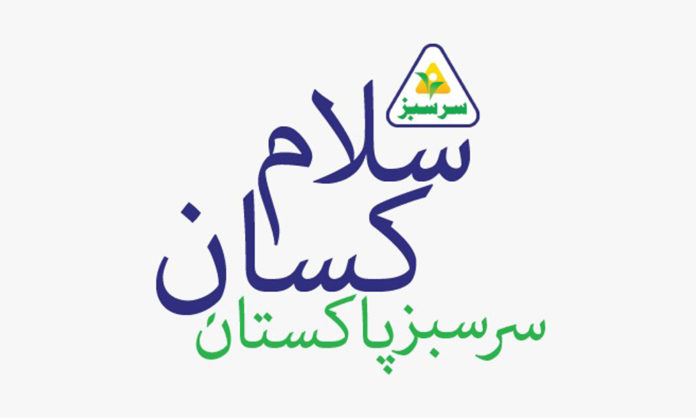 Pakistan is home to over 8.2 million farmers, who account for more than 20% of the country’s total GDP (World Bank statistics). Along with carrying a significant portion of the GDP, the agriculture sector employs 42.3% of the workforce. However, even after all the contributions to this country, farmers are not given the due credit they deserve.

The problems in the agriculture sector are still the same as they were a couple of decades ago. If you talk to the farmers on the ground, you will realize how difficult it is for them to sustain their work with issues such as little to no agricultural reforms, the disparity in water distribution, lack of modern equipment and knowledge, etc.

To portray farmers’ struggles, Fatima Fertilizers took it upon themselves to bring their efforts to the forefront with their Kissan Day initiative. In 2019, Sarsabz launched its Salam Kissan campaign, and December 18 was officially recognized as ‘National Kissan Day’ by the Federal Government as well. After the launch of this campaign, numerous other companies also acknowledged this day and played their respective part in it. Speaking on the occasion, Rabel Sadozai, Head of Marketing, Fatima Fertilizer elaborated on the federal government recognizing this initiative. “The federal government recognized December 18 as ‘Kissan Day’ to be celebrated every year, which was a significant achievement not only for Fatima Fertilizer but also for the entire farmers’ community of Pakistan.”

When speaking about the objective behind this initiative, Sadozai states, “the vision behind celebrating Kissan Day is to provide a platform for farmers to highlight their ongoing issues/challenges while engaging stakeholders and policymakers in a dialogue to come up with possible solutions which can also benefit these farmers. We started to recognize and pay tribute to the contributions of Pakistani farmers for the first time across the country.”

Fatima Fertilizer organized the ‘Kissan Day’ event in Multan this year. The event was attended by a number of farmers, policymakers, and stakeholders to communicate their thoughts and feelings about the problems they’re encountering head-on and providing constructive feedback and solutions. Sadozai further adds, “Fatima Fertilizer takes a lead to organize national-level events to appreciate the farmers and boost their motivation to continue playing a pivotal role towards the protection of our food security and supporting the economy.”

Given the current flooding in the nation, Fatima Fertilizer feels compelled to represent the farmers’ concerns. Kissan Day is not just another event added to the calendar; through this day, Fatima Fertilizers bridges the gap between farmers and other industry players to facilitate the discovery of novel approaches to the problems plaguing the agricultural sector.

Talking about the response to this day from the farmers and the decision-makers, Sadozai mentioned that “since the celebration of first Kissan Day on December 18, 2019, all stakeholders of the agriculture sector now celebrate this day every year while keeping in view its purpose and importance. The trend has only been increasing year after year. Every year around Kissan Day, Fatima Fertilizer takes the lead, to inspire stakeholder discussions and conversations around critical issues faced by the farmers’ community and possible reforms to tackle their challenges.”

It is great to see companies standing up for the section of our country that is deprived of necessities. Farmers are our pride and sacrifice to keep this country fed and running. It’s high time we acknowledged their sacrifices, and only with our collective voices will they get what they deserve.