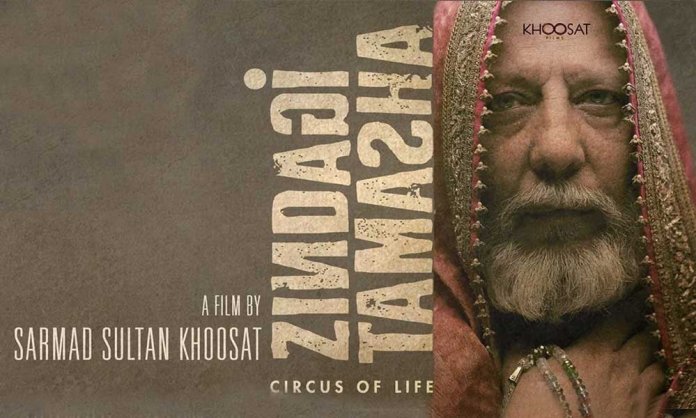 Sarmad Khoosat’s second feature film, Zindagi Tamasha was selected to screen at Busan International Film Festival and was also been nominated for the Kim Jiseok Award.

Khoosat Films took to social media to declare the news. “Busan Film Festival announced the recipients of this year’s Kim Ji-seok Award and we are ecstatic to announce that Zindagi Tamasha and Market have won it jointly!”

“The team of Zindagi Tamasha (Circus of Life) cannot stop feeling blessed right now for this support that was shown not only back at home but also at the festival. Thank you BIFF 2019 for taking care of Sarmad Khoosat and Arif Hassan while the team Khoosat Films was there,” read the Facebook post.

The Kim Jiseok Award aims to ‘discover and encourage Asian films’ and is awarded to two out of ‘approximately ten world premieres’ selected from Asian Cinema section.

The Busan International Film Festival introduced this honour two years ago to celebrate Kim Ji-seok, the founding member and deputy director of the festival, who died of a heart attack.

The trailer was released recently and since then has received a great amount of appreciation and praise. Fans and critics are impatiently waiting for the film to release.

Considering the fact that Sarmad’s debut film, Manto, was such a huge success, the audience has great expectations this time around as well.

Thank you all for the support! pic.twitter.com/bOaJflpPBI

Sarmad has touched upon a much deeper and darker narrative this time around.

Zindagi Tamasha (Circus of Life) is an intimate portrait of a family as well as a scorching political commentary on little gods on this earth who police our private passions.

Directed by Sarmad Khoosat, the script has been penned by Nirmal Bano and produced by Kanwal Khoosat. The film features Arif Hassan, Samiya Mumtaz, Eman Suleman and Ali Kureshi in key roles.

Zindagi Tamasha screened from 6th to 8th October at different venues in South Korea. However, it will be released in Pakistan in January 2020.