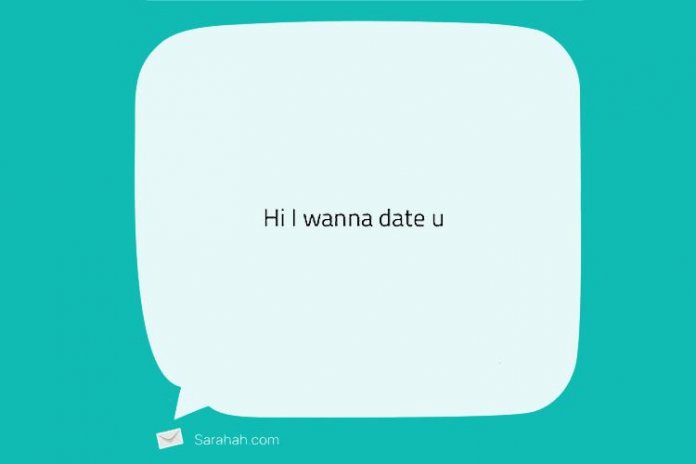 The latest trend that seems to have taken the online world by storm is an app called ‘Saharah’ and the Internet is both, confused and amused.

‘Sarahah’ literally means honesty in Arabic, and there is no one in the world itching, to be honest… scratch that, anonymously honest, more than Pakistanis. Which is why it’s understandable that an app like Sarahah caught attention in Pakistan.

When you dont know what is #Sarahah and it’s top trending. pic.twitter.com/EbIlLx78Qq

It allows you to be ruthlessly honest, or creepy while protecting your identity. Although it was launched for the purpose of constructive criticism, which is a fact, people are conveniently ignoring.

Me after abusing everyone on #Sarahah pic.twitter.com/yoogiaip5P

Anyway, more and more Pakistanis are creating accounts and succumbing to curiosity or to the hope that someone will confess their undying love for them, we’ll never know.
Some people obviously took it up as their moral duty to be creepy AF.

Because i use Fair & Lovely 😂#Sarahah pic.twitter.com/URwKdD328B

While the concept behind Saharah is not new in the digital age, apps like Whisper and AskFM have existed for some time now

Let’s see if it sticks around for a longer time.