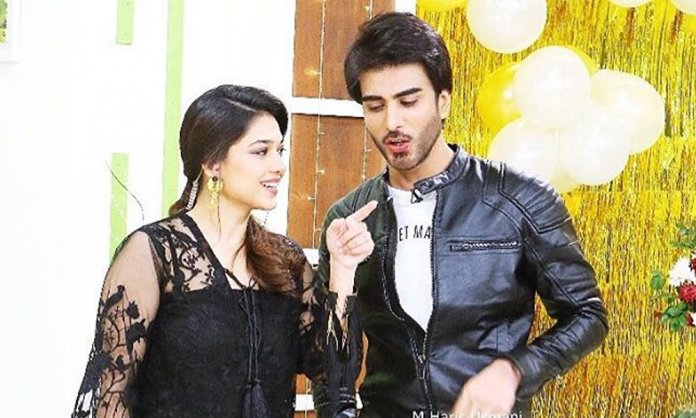 Sanam Jung, the popular morning show host, and actress is a household name.

People love her for her full-of-life personality and the energy she transfers into everyone else just by being on-screen.

She appears on your television screens every day and just brightens up your day.

Sanam is one of those celebs who have set an example by managing work and family life without compromising on either of the two.

As a new mother, she’s been persistent, working hard on losing her weight and managing work like a pro.

But people, people are poison!

Instead of helping people and encouraging them, they would make sure to drain out all the motivation out of you because why not? What’s the point of being optimistic? Why are you happy and surviving and living a life better than most of us!

Sanam’s been body-shamed since she delivered her baby and appeared on television. Even though she’s been on a tough work out regime and lost most of her post-pregnancy weight, people are still not encouraging her and still making harsh comments about her.

Now a picture of Sanam Jung with Imran Abbass was posted on a famous FB page where it was asked if people want to see the famous on-screen couple from Dil-e-Muztar again on television.

The way people reacted to this simple question is just insane! Check out yourself:

Doesn’t all of this makes you sad? They way people think? The way they define beauty?

As if being a mother is a crime or being a woman is a crime for that matter as one user posted “Pakki orat ban gai hai ye to!”

What’s sadder is the fact that even women and girls are among those who are throwing harsh comments on Sanam, as if they are perfect and they don’t know how a woman’s body is and how the biological cycle works.

Apart from that, just because Imran is smart, people don’t care about his career choices, his flops… 3D Creature, remember anyone? People will just love him because he looks good and by looking good we mean, he appears thin.

We wonder when will people stop associating talent with being thin. Why only someone who’s thin is beautiful to people? Will we ever be able to change this thinking of people in our society? No matter how much we write about it, people might never change because they probably don’t want to!