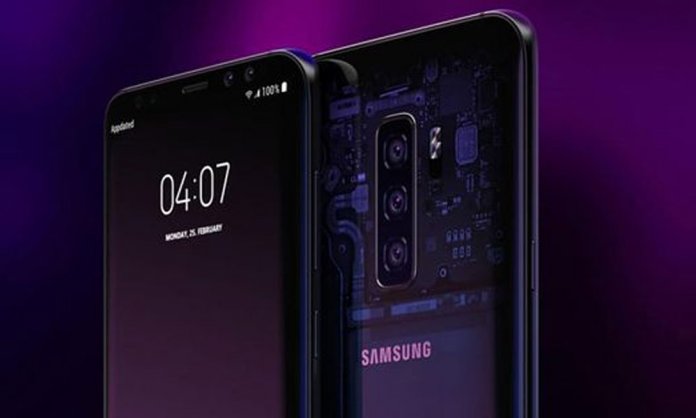 A report from ET News (in Korean) leaked the camera setup for the Samsung Galaxy S10, revealing a three-camera setup.

2019 marks 10 years since Samsung’s first Galaxy phone — the Samsung i7500 — which also signaled the brand’s entry into the Android smartphone market.

To celebrate the anniversary, Samsung will doubtless want to release a feature-packed Galaxy S10 to impress fans. So far, reports have suggested a triple-cam setup, two selfie cameras and 5G support.

The three-camera rumours seem to be true, but DJ Koh, president of the South Korean tech giant’s mobile business told journalists at the Galaxy Note 9 launch that Galaxy S10 won’t be the firm’s first 5G phone — another model will take that honor.

Samsung are still determined to be the world’s first vendor to launch a foldable smartphone, though.

The company is rumoured to be announcing three Galaxy S10 variants — two featuring the same screen size – of which only two will get the three-camera setup.

According to the report, the main S10+ camera will have a 16MP regular snapper, a 13MP sensor with a telephoto lens, and a third cam equipped with a wide-angle lens and a 12MP sensor.

Furthermore, rumours suggest Samsung want to be the first to introduce a triple setup to a midrange smartphone, through their Galaxy A series, presumably with the A9 (2019).

GSM Arena noted that if the South Korean tech giant goes down that road, it will likely unveil the phone with a 32 MP + 8 MP + 5 MP configuration.

No details are known on when Samsung will introduce the Galaxy S10, Galaxy A (2019) or even the foldable phone, dubbed Galaxy X.