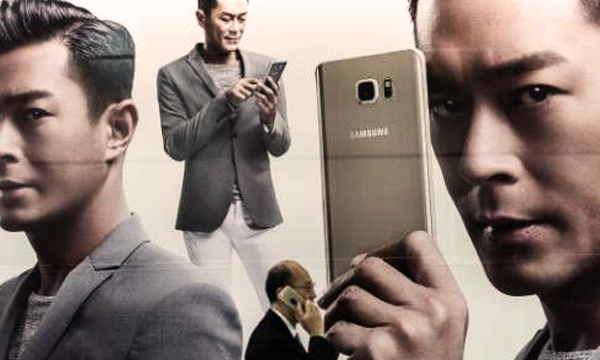 South Korea’s Samsung Tuesday announced the launch of its mobile payment service in China, where it is likely to struggle in an already crowded market that arch-rival Apple entered nearly six weeks ago.

The world’s second largest economy is also the world’s biggest smartphone market, and Samsung Pay has a powerful partner in China — bank card provider UnionPay — which has links to the central bank.

But unlike most other countries, mobile payment systems are already well-established in China, with local providers dominating the market.

As an outsider Samsung will also have to compete with Apple, which launched its own Apple Pay system last month — also in partnership with Union Pay.

The South Korean electronics giant said its service currently supports selected credit and debit cards from nine Chinese banks and is available on its top-end Galaxy smartphones, with mid-range models to follow.

Like its California-based rival, Samsung Pay’s initial challenge will be securing a foothold in such a competitive market place.

China had 359 million online payment users in mid-2015, up almost 18 percent in six months, according to the state-backed China Internet Network Information Center.

Mobile transactions were valued at some 9.3 trillion yuan ($1.4 trillion) last year, up an annual 57 percent, one industry estimate showed.

The dominant mobile and online payment providers are e-commerce giant Alibaba with nearly three-quarters of the market, followed by Tencent — operator of the popular messaging app WeChat — which has some 17 percent, according to Beijing-based BigData Research.

A major issue for Samsung is the recent downturn in the popularity of its smartphones in China.

It was China’s top smartphone maker in 2012 and 2013, but domestic manufacturer Xiaomi took the throne in 2014.

In the fourth quarter of last year, Samsung ranked sixth in China with a 7.0 percent market share, compared to 13 percent for third-placed Apple.

The Apple brand commands a strong following in China, especially as a status symbol among the emerging middle class.