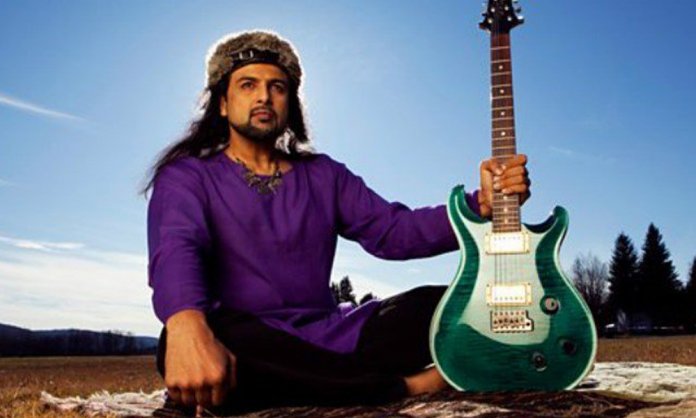 Salman Ahmad, frontman of Pakistani rock band, Junoon has taken the Internet by storm after having a Twitter debate over the recently released song, ‘Sayonnee’.

Rahat Fateh Ali Khan sang the reprise which received immense backlash as people could not believe how different it sounded from the original which was sung by the rock star, Ali Azmat.

The music for the track was directed and composed by Salman Ahmad and he reached out to fans and spoke about the criticism the singer, Rahat has been facing since the release. Ahmad stood up for RFAK and hit back to critics!

Ahmad talked about the original track which was also faced heavy criticism!

The original Sayonee & Khudi plus the whole album was trashed by critics & then 6 months later, it became”Sufi-Rock” https://t.co/nFNEuFF3oo https://t.co/8B5Ncb6EQ1

Salman continued to defend his decision for roping in RFAK!

Sayonnee received backlash and Ahmad asked the reason for such negativity!

Social media allows an artist to understand his or her audience. I’m curious why so much negativity for one song? https://t.co/m7DUSQhrNu

The Junooni mentioned the difficulties faced by Pakistani artists!

However, this Twitterati did not agree with Salman and responded:

There are plenty of artists!! In every college of Lahore, you have high quality artists, but they don’t have the major platform to perform.

Salman Ahmad believes the Government is to blame for the situation regarding artists!

Its the Govt’s responsibility to protect the life & property of its citizens.including artists.Major platforms have to b provided by Govt. https://t.co/rD9jZOxEhk

What do you think about Salman Ahmad’s stance on Sayonne? Let us know in the comments below.