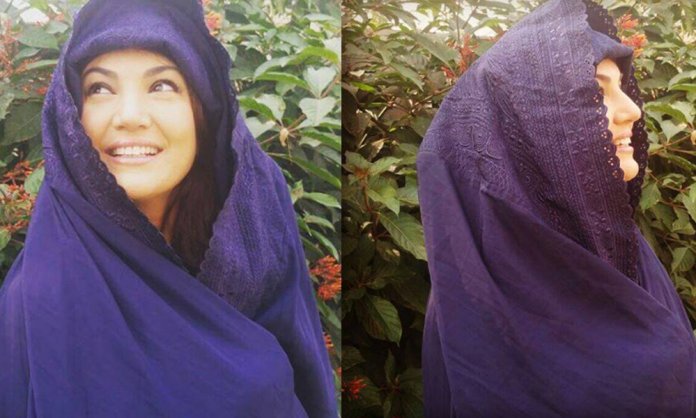 The rise of social media has put celebrities in a lot of trouble. Their lives are no more personal; with keyboard warriors scrutinizing them, watching their every move and deliberately making cruel, racist, homophobic and even sexist comments.

Just recently, Reham Khan got bullied over a harmless photo in which she was wearing a burka.

Thank you to @jalalsherazi for finally getting me the Burqa I had been asking for!! It's too cool 😉 #MyPakistan pic.twitter.com/af9OjvUIJ5

It was probably the cutest thing on the internet and Khan looked uber happy to adorn it!

The image instantly ignited a controversy over burqa!

However, Reham patiently addressed the debate and replied to all like a pro!

It's our heritage Taskeen. Say hello to Thatcham. https://t.co/3wpWHUivIX

Some social media keeras hurled the most abusive remarks to Reham on the picture!

Congrats for new boyfriend … I hope his refrigerator and cupboard are not empty 😎 https://t.co/herp3daQOk

But Khan gave a fitting reply to their sick mentality and won the internet!

He is like my son & you've clearly been deprived of a Mother's guidance. https://t.co/C0wtbMDxBD

We need to applaud the lady for her tolerance towards such disgusting views!

I genuinely feel sorry for misguided young men. It's sympathy. Committed to educating our youth. https://t.co/dxTYBZFbxM

Well, Reham Khan is not a beginner to the idea of online trolls. Also, she never remains hushed on such things.

In the past too, she has been savage with her takedowns of regressive and backward schools of thought.

More power to the awesome woman!