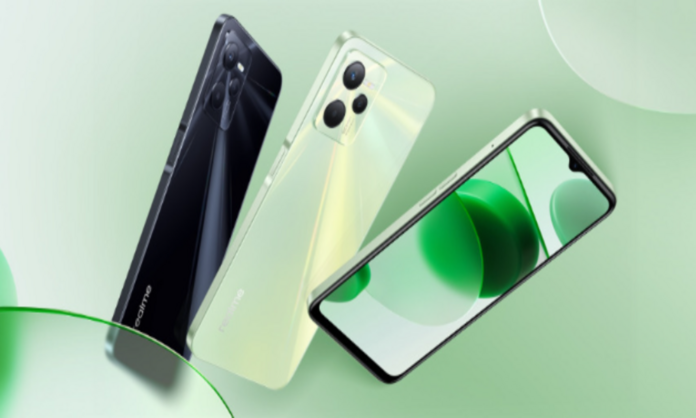 realme C35 was a winner among Realme fans when it launched. So, due to it’s high demand, the company restocked it. It now comes along with an extended 4GB RAM update.
A breathtaking design and a silky silhouette is what a realme C35 is known for. At its launch, it quickly became a fan-favorite. Stocks ran out quickly as people grabbed their very own units. However, owing to public aplomb, Realme has restocked its C Series bestseller with an upgraded twist.

The realme C35 is back on shelves and this time, it has an extended 4GB RAM. That is thanks to the most recent software update. This means that it now has more power for people to do more of all that they love to do.

The brand’s reputed, entry-level series has always made a mark by bringing cutting-edge features at affordable prices. They never compromise on the top-notch quality that realme is known for. Realme C35 is equipped with a 50MP AI Triple camera which lets users capture detailed and exquisite images. It also comes with the first FHD 6.6-inch screen in the realme C Series line-up. The realme C35 is also the thinnest and lightest smartphone in the C Series range with an 8.1 mm build and a lightweight 187g body.

With a current price tag of PKR 49,999/-, the realme C35 is a unique all-rounder that packs a punch both inside and outside. With a Unisoc T616 Octa-Core processor, it clocks a top-speed high performance delivering a 6.6-inch Ultra Smooth Display and a 5,000 mAh battery to give you juice for an entire day.