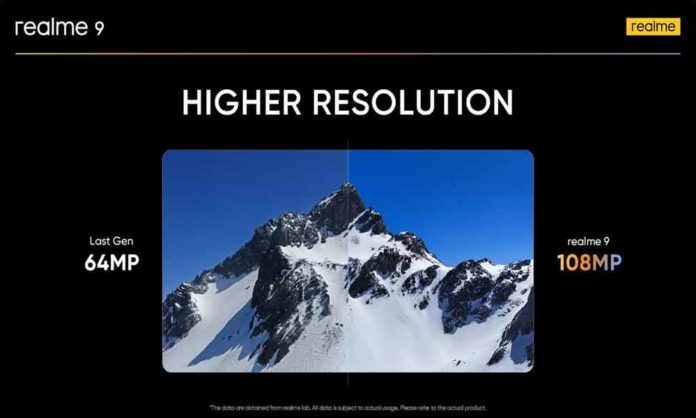 In recent times, the pressure to have a good phone with a high-end camera has increased in society as people seek greater functionality out of their handheld devices. People nowadays want a phone which can do it all, most importantly clicking high quality HD images for their daily or professional use. As a result, smartphone companies have reworked their products to make camera modules one of the key selling features of contemporary smartphones. In order to attract the average customer and photography enthusiasts, brands constantly strive to pack as high a megapixel count as possible.

By knowing the importance of a good quality camera and megapixels, realme has come up with a new smartphone, the realme 9 4G which features a new and improved 108MP Pro-Light camera setup. The realme 9 4G is the very first smartphone to come equipped with the brand new Samsung HM6 sensor allowing it to deliver superior results. Equipped with 108 million pixels as small as 0.64μm, the ISOCELL HM6 sensor has the ability to render your captured memories with stunning high-definition detail.

Megapixel counts in smartphone cameras play an important role in how your images appear on larger displays. While there may not be a huge difference viewing images taken by a 108MP camera and a 64MP camera on a smartphone, when you scale up the display to the size of a desktop or a television the 64MP image appears to be lower quality with a lot more grain and blur. A higher MP count means the output can be presented on a bigger canvas without compromising on quality. This is because the size of the final image is determined by the multiplying the horizontal pixels by the vertical pixels and a 108MP camera has overall more pixels than a 64MP one. One of the advantages of capturing a 108MP image on smartphones like realme 9 4G, is the amount of details and information about your subject that the photo can retain. When compared to 64MP image, a 108MP image can capture a lot of details.

This means that the image will still appear high quality even if you zoom into and crop the initial image when compared to low-resolution images. The large sensor has the ability to capture good details even in menial lighting conditions. This in tandem with a functional Night Mode should play well. Additionally, there is also a Smart ISO feature that lowers ISO in bright areas for vivid photos and propels ISO for lesser noise in underexposed areas of a scene. Apart from this, this sensor also gives you the support of 6k video recording at 30fps, so it is going to be quite good for the content creators. 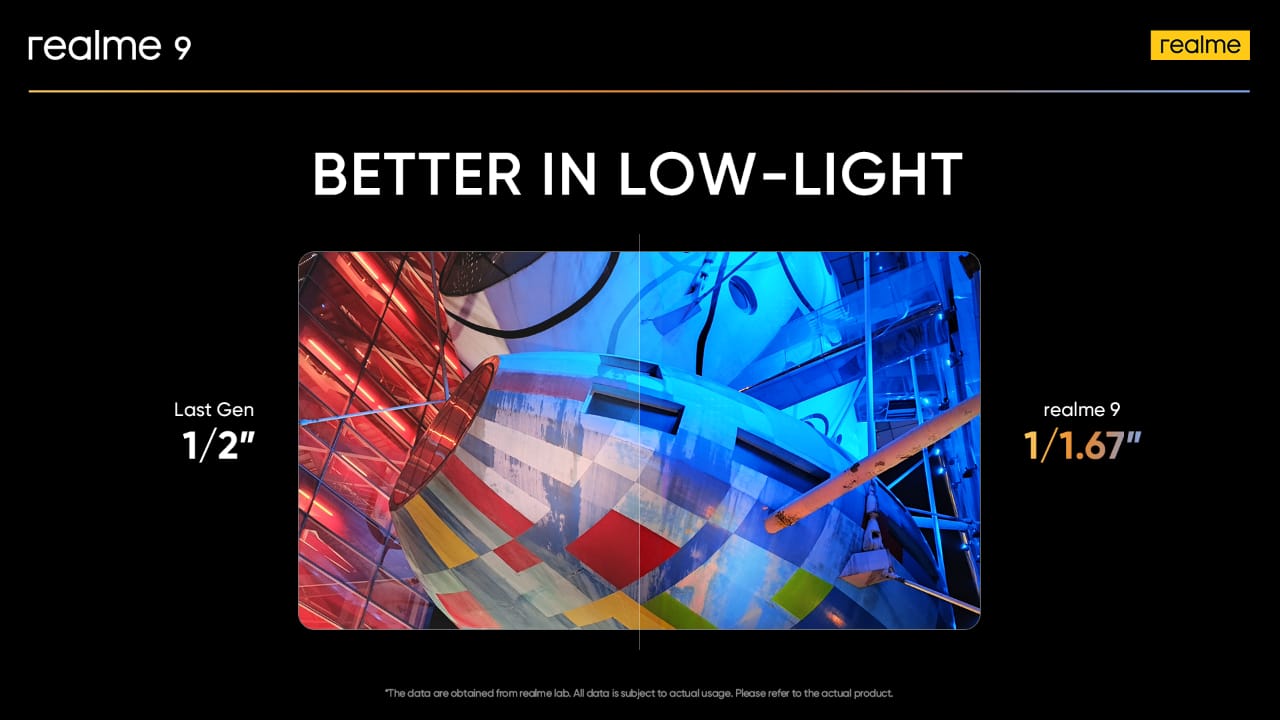 While having a higher megapixel count doesn’t necessarily mean a camera module is better, the inclusion of a first-in-segment Samsung HM6 sensor makes the realme 9 4G’s camera module highly desirable. The stunning performer has a lot more to get excited about. It runs on a Qualcomm Snapdragon 680 chipset with 6GB of RAM, 128GB of expandable storage, and realme’s UI 3.0 software. A large 5,000mAh battery powers the device with support for 33W DartCharge fast-charging technology via USB Type-C so you can use the device for long stretches of time without worry. From a connectivity standpoint, the handset supports dual-SIM 4G LTE connectivity and dual-band Wi-Fi. So don’t wait to get your very own realme 9 4G which is available at your nearest smartphone store or exclusively online through the official realme stores on Daraz and AlfaMall for just PKR 54,999/.