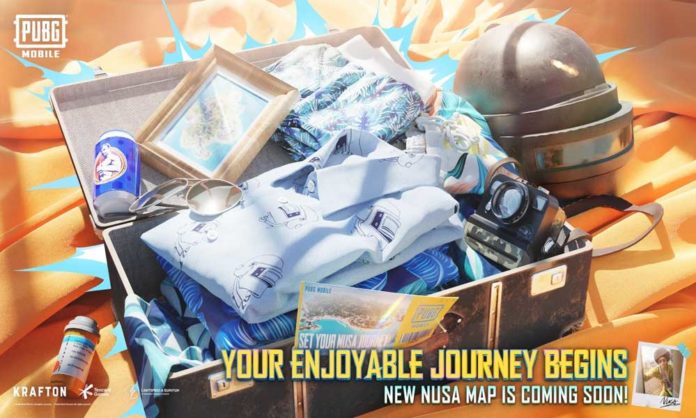 Tomorrow, PUBG MOBILE will release its new Version 2.2 Update, which will see players explore the tropics with the new map Nusa, battle across new locations in an updated Erangel, experience the thrilling themed game mode Gear Front Mode, as well as unlock and use a number of new cosmetics as part of Cycle 3 Season 8 and Royale Pass Month 15. After a summer of festivals, PUBG MOBILE is bringing players back to the battleground!

Version 2.2 brings an all-new map for players to enjoy, explore and battle across! Nusa is the new 1×1 km tourist island map set in the tropics. Overflowing with supplies, players will drop in and immediately find themselves in exciting battles! A small map, matches are completed much more quickly than on maps like Erangel or Livik, which means gameplay will be fast-paced and exhilarating. Alongside gunfights, Nusa is an island with many beautiful views and vistas. Players preparing for their next gunfight can stop and appreciate the beauty, although not for too long! 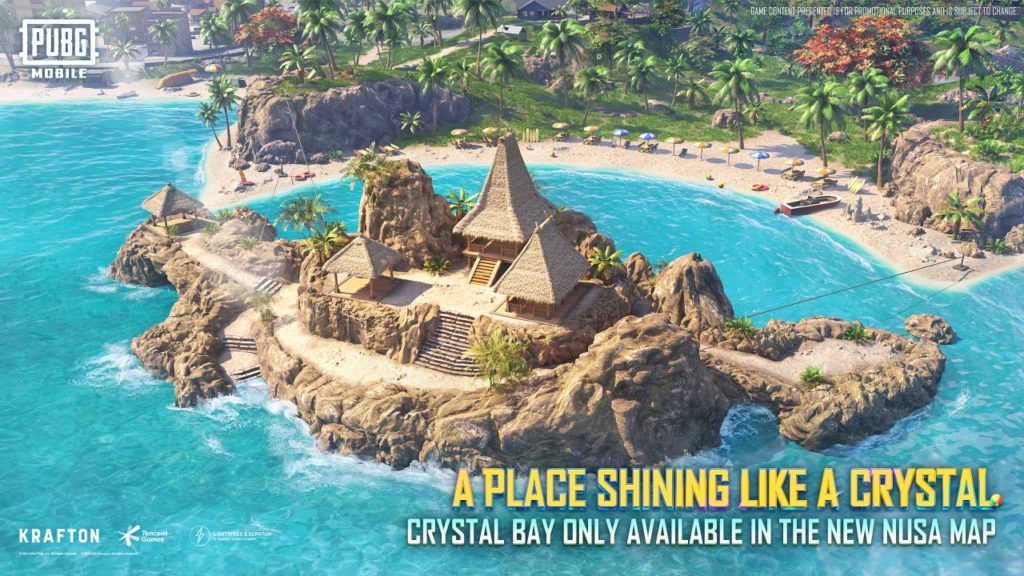 Nusa will also introduce the new Super Recall mechanic, allowing players who are eliminated early to rejoin the match if they still have surviving teammates. Those playing solo will automatically respawn.

The new map includes a number of new ways to get around quickly, from ziplines spread across the map to an elevator in the multi-story Telepak Town Apartment. Nusa will also feature new weapons, in the form of the Tactical Crossbow and NS2000 Shotgun. Players can also ride around in the new Quad, a nimble 2-seater vehicle with outstanding stability. 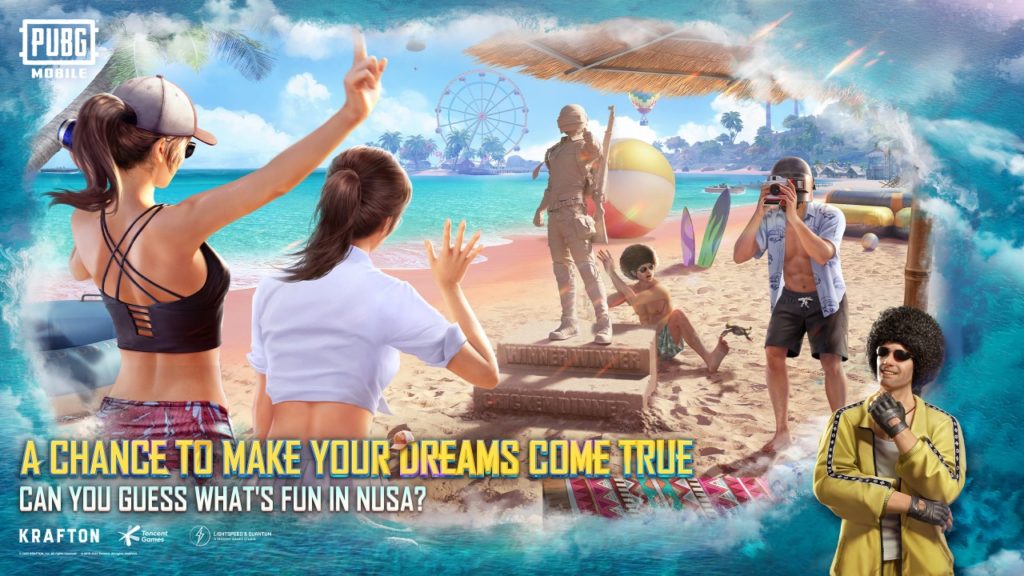 Alongside a new map comes updates to an old favorite. PUBG MOBILE’s Version 2.2 Update will also introduce a host of changes to Erangel. Firstly, the Hospital and Mylta Power structures have been updated to streamline combat and hunting for supplies.

Two new ports are being added to Erangel, with one southwest of the Farm and the other south of the Sosnovka Military Base. There will also be cosmetic updates to the Ferry Pier. This comes alongside a new rainbow weather effect, a Flash Shop that will appear randomly throughout Erangel, Gas Stations where players can refuel their vehicles, Bicycle Shed and new Targeted Supply Crates, with 3 different types of crates: medical, token and military supply.

PUBG MOBILE’s Version 2.2 Update will also be adding the new Gear Front Mode, launching soon! This exciting game mode will see players battle across Erangel, Livik and Nusa with a number of new skills that will bring faster paced gunfights, quicker map traversal and frequent enemy encounters. Skills like Playzone Analysis, Trace and Supply Scan will make finding the next playzone, tracking enemies, or locating advanced supplies much easier. Using Vehicle Air Drops will give players even more options for map traversal, and skills like Gliding Doll and Healing Smoke will change the dynamic of gunfights if used correctly.

Players can also purchase a Vehicle Radar Scan in the shop, which will help them find vehicles faster. For those who prefer to travel on foot, Cable Cars have been added to Stalber, making movement around the area easier. The new area Strange Town has also been added. Located near Stalber and the western coast, this new location has hot air balloons players can use for a quick getaway.

PUBG MOBILE’s Version 2.2 Update kicks off Cycle 3 Season 8, launching September 20th, with a new set of Legendary items, updates to Ace Tier including titles and sub-tiers, and improvements to the Tier Badge presentation and the Badge page.

New content will also drop for players as part of Royale Pass Month 15: Razzle Dazzle, kicking off on September 20th with new social perks for RP players, updated RP Favorites Crates and more! Other updates include improvements to the RP notification system and a system that marks teammates if they appear in the in-match Airplane Ranking.

PUBG MOBILE players who love customization have some amazing content to enjoy in the Version 2.2 Update! Stay tuned for the release of two original companions that can be created and used in-game. For players in the fast lane, an original sports car will be available soon to create and customize, letting you travel around the battleground in style.

A number of other improvements have also been made to PUBG MOBILE, including visual improvements, UI upgrades and much more.