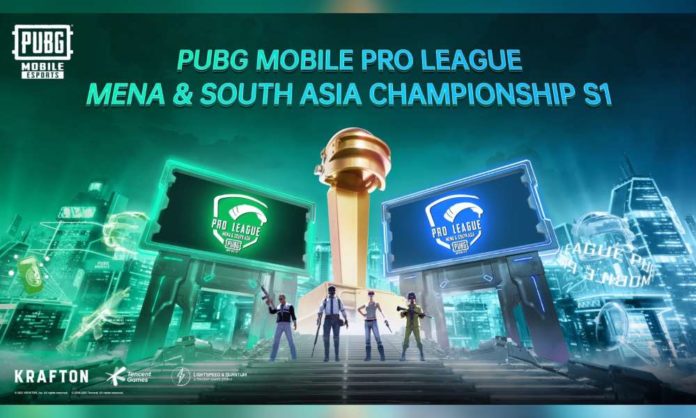 PAKISTAN, Nov 11, 2021: PUBG MOBILE is excited to introduce the first-ever inter-region tournament – the PMPL MENA & South Asia Championship. The tournament is set to take place on 9th-14th November, when teams from PMPL Arabic Season 2, PMPL South Asia Season 4, PMCO HTM Fall Split 2021, PMCO Africa Fall Split 2021, will be competing head to head for the prize pool of $150,000. It will also serve as a qualifying tournament for the upcoming PUBG MOBILE Global Championship, which will kick off in late November. The top 4 squads from here will get a chance to play at the global level.

PMPL is the pro-level PUBG MOBILE esports tournament that picks the best of the best for a showdown of the elites. This time, two big regions in the PUBG MOBILE esports ecosystem will come under one roof to fight for glory and solidify their spot in the Global Championship.

As part of the activations around the competition, South Asia’s 2 of the biggest regional rap artists, Rap Demon and Toshi, will join hands with the South Asian squads and release a rap anthem in support of South Asia in the tournament. The artists will also be seen playing show matches with super supporters of the MENA region on Nov 14th to lift the spirit of the tournament.

“It brings me great joy to have come on board such a huge tournament that encompasses two big regions in the world of competitive PUBG Mobile. It would be fun to get back with Rap Demon with another sick track to support the region. We’re on the grind for our showmatch as well, we’re eyeing victory and pride for South Asia on all fronts.”, said Toshi, DJ/Producer.

“South Asia is full of talented gamers and it’ll be great to sing for them on an international platform. The teams in the region are quite aggressive and stand a good chance to win the title”, said Rap Demon.

PMPL MENA & South Asia Championship will see top teams from the past tournaments in the race for the title.

Slot distribution is as follows:

PMPL South Asia season 4 of the tournament this year produced a lot of great talents who are capable of taking on any team in the world. Let’s take a look at the top ones:

The tournament is divided into 2 phases: League Days and Finals. The 20 squads will play league stage from 9th-12th November and the top 16 squads will play the finals on 13th & 14th November. The finals will have a total of 10 matches played across a span of 2 days. Points for the leaderboard will be plotted using the standard point distribution system.

The winner will take home prize money of $40,000 and the top 4 squads will advance to the PUBG MOBILE Global Championship, which is the biggest stage for competitive PUBG MOBILE that attracts millions of viewers across the globe to see top teams compete with all their might.

As the official smartphone partner of PUBG MOBILE Esports in the Middle East & Africa regions in 2021, OPPO will play an active part in bringing an exceptionally immersive and fluid gaming experience to the region’s gaming enthusiasts.

All matches will be streamed live on 9th-14th November from 6:30 PM GMT+5:30. Log on to the official PUBG MOBILE Esports channels in the region on Youtube and Facebook to watch the matches live.