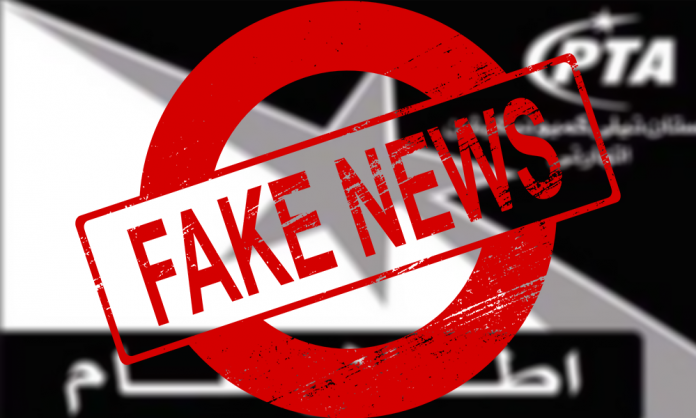 Pakistan Telecommunication Authority (PTA) has disowned a notification that has currently been going viral on WhatsApp.

The authority took it to their official social media to address the concern of a popular telecommunication company being banned by PTA.

PTA clarified that the notification is fake and that they are not placing a ban on any telecom company including the one named in the circular.

PTA is aware of a false advertisement circulating via WhatsApp chat groups for users of a mobile operator. PTA clarifies that the aforementioned advertisement is fake.

⚠️ PTA is aware of a false advertisement circulating via WhatsApp chat groups for users of a mobile operator. PTA clarifies that the aforementioned advertisement is fake.

PTA urges the public to refrain from circulating it since it might generate confusion and inconvenience for consumers.

The notification that has been going viral on WhatsApp and now other means of social media looks like this: 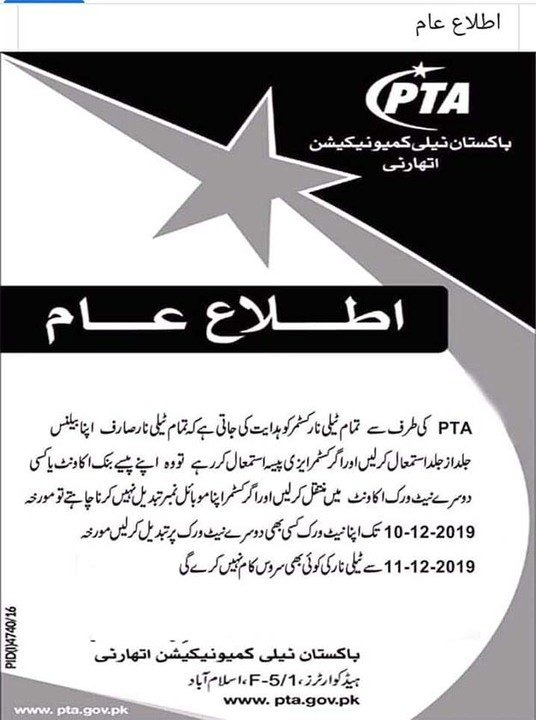 The fake notification urges users to use the credit they currently have on their SIM. It furthermore encourages users of the microfinance service to transfer their amount into their bank accounts and switch their existing number to another service before 11th December 2019.

PTA has clarified this advertisement is fake and that if there were any truth behind it, they would have shared this on their official social media.

Last week, the standing committee of the National Assembly, chaired by Ali Khan Jadoon was briefed by the Information Technology Board. IT Board advised the government to build a separate entity to tackle the fake news on social media.