Home Sports PSL 8 2023: Teams, Venue, & Where To Watch It
Advertisement 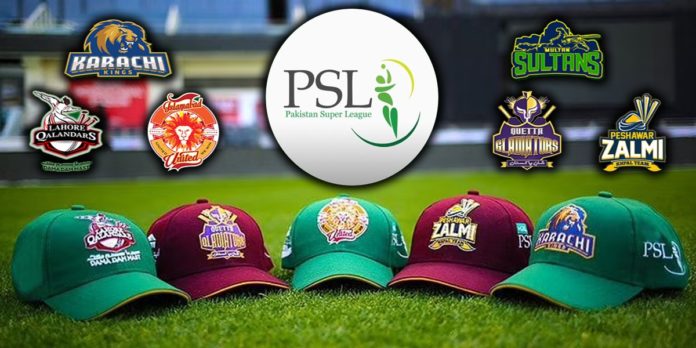 Everyone is currently examining the PSL 8 Schedule 2023 since the PCB will be announcing it soon. Pakistan also started its own Cricket League, known as the Pakistan Super League. They established this league in 2016. Since then, the league has been held annually to amuse and delight the public. The Pakistan Cricket Board also invites and compensates foreign players handsomely for their participation in the league’s various teams.

After PSL 2023 draft was successfully concluded, the Pakistan Cricket Board has now set the date for the 2023 PSL season. The PSL will be in its seventh season. On October 31, 2023, in Lahore, is when the Draft for this Season is anticipated to take place. Every franchise has the option of getting their one player back or getting any other two players from the appropriate category.

Most international players that are interested in playing in the PSL would fall under the Platinum group. Rashid Khan from Afghanistan, David Willey, James Vince, Jason Roy*, Liam Livingstone, Tymal Mills from England, Colin Munro from New Zealand, and a few additional players who have not yet been announced might be a part of it.

The competition was first contested with five teams. While Multan Sultan’s sixth squad was introduced in 2017, the PSL 8 schedule for 2023 currently features six teams. The teams are all from a handful key Pakistani cities. In 2016, Islamabad United won the title of First League Champion. The most recent league, however, was played in 2023, with Lahore Qalandars becoming victorious. Six clubs make up the League. Below is a list of the teams:

The Pakistan Super League’s opening ceremony and first game of the eighth season will both take place on February 13 in Multan, the source said. The first matches will be held simultaneously in Multan and Karachi.

The Pakistan Super League’s ninth season will begin on February 26 with games being divided between Karachi and Lahore. Throughout the month of March, Rawalpindi will fulfil its responsibility to host PSL 8 games.

Where to watch PSL

Pakistani viewers may also access it exclusively online via the BSports Official Youtube Channel. Geo Super, PTV Sports, Jazz TV, Tapmad, and MJunoon TV will all have live coverage of the PSL.

India is the birthplace of cricket, and much as in Pakistan, there are many cricket lovers in India who adore watching the LIVE action. The 7th PSL edition will be televised live on the SonyLiv internet platform in India. PSL may also be shown on Sony TEN 2 and Sony TEN 2 HD. However, SonyLiv subscriptions are required for mobile users.

Hum Masala is the PSL’s official broadcaster for Canadian citizens. Hum Masala is where Canadian cricket lovers can watch the PSL. Willow TV is the greatest option if you tend to be an internet guy.